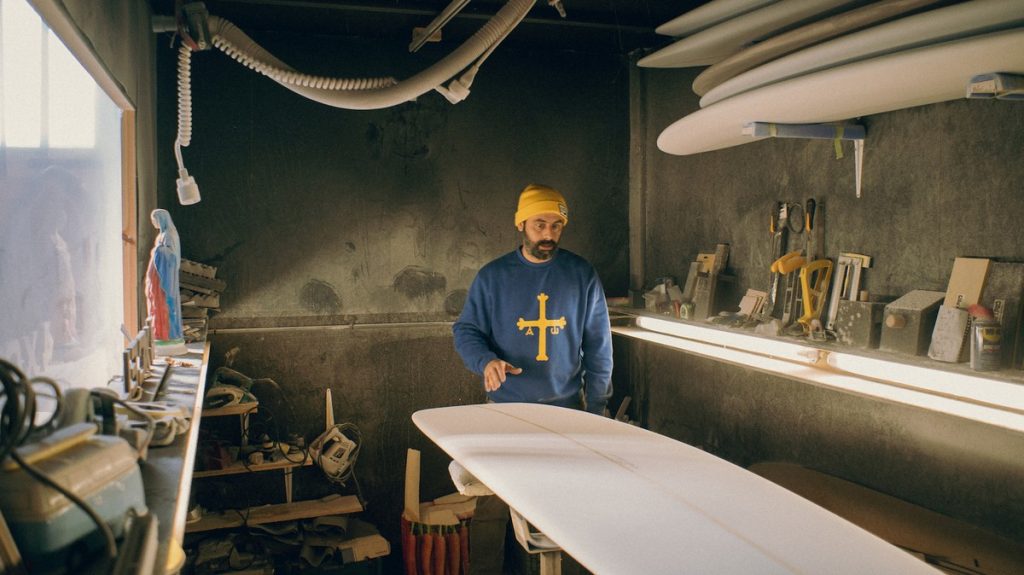 In my opinion you have the image of someone who always prepares alone, who only manufactures and maintains his boards… Hence this question. East shaper lonely work?
Yes and no. I learned to surf alone, so I’ve always been alone in the water. When I started, I had a friend who surfed in Braine-l’Alleud. For four years, he took me out to sea every weekend, whether there were waves or not, whether there was snow or the wind was not there… We didn’t care. We just wanted to be in the water and have fun. He now lives in Reunion. Loneliness doesn’t bother me, I even prefer it. But I also made a group of friends here. From time to time we go surfing together, it’s cool. We motivate each other. But it is difficult to organize sessions, one works in the morning, the other in the afternoon… It is sometimes difficult to meet.

You’ve traveled a lot to train and ride the best waves. Which places impressed you the most?
I will start in Belgium. Above all, Blankenberge, because that’s where I learned to surf. It is forever etched in my memory. But when I discovered the places here in Ostend, it was really something exceptional. The port was not yet built. Everything was totally different, you just had two surfers in the water and that famous rock with “No tourists, no surfers” written on it. Me and my buddy got scared and left saying we would hit the rocks if we surfed here. Later I learned that it was the municipality that didn’t want people to come surf or tourists to swim, but this spot was really crazy. Internationally it is difficult to give an answer to this, because there are beautiful spots everywhere – both in terms of the quality of the waves and the quality of the environment. I myself come from Asturias. There it is also wonderful for surfing, you have both the mountain and the sea. The village where I come from is close to Salinas, a world famous place for longboarding. And if there are two places in the world that have marked me, it is undoubtedly New Zealand and California.