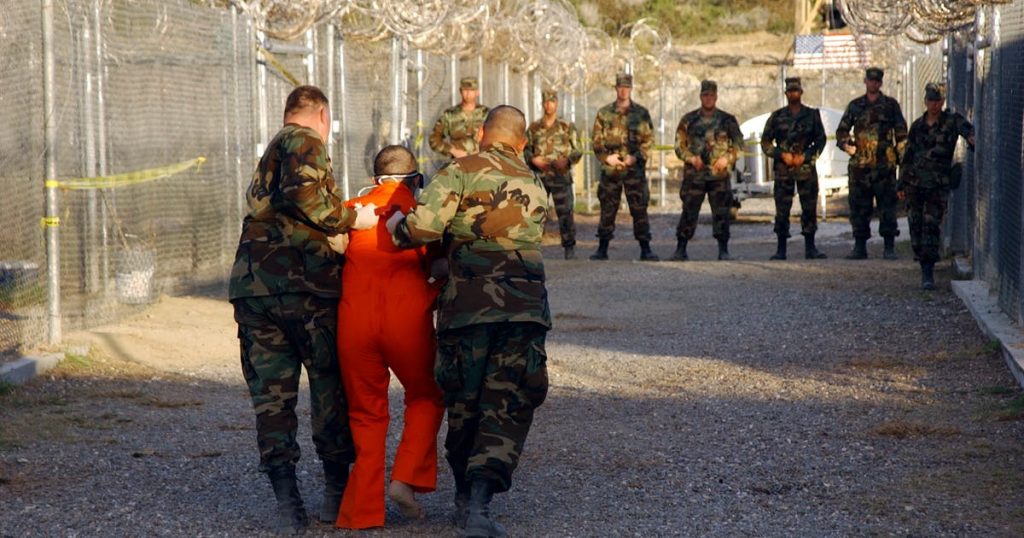 When publishing the new ‘Right the Wrong’ report Amnesty International is today calling on the new President Biden to close Guantánamo prison as soon as possible. Today, 19 years ago, the first prisoners arrived there. This happened after the United States began its global “war on terror” after the terrible attacks of September 11. Human rights have been violated on a large scale, including through torture, disappearances and secret detentions in countries such as Afghanistan, Egypt, Morocco, Poland and Romania.

At present, there are still 40 prisoners in Guantánamo, including two since the first day of January 11, 2002. All 40 have been there for over 12 years. They come from thirteen different countries, including Afghanistan, Yemen, Pakistan and Saudi Arabia. The detainees are between 38 and 73 years old. Six of them face the death penalty. In the 19 years of Guantánamo’s operation, a total of 800 people have been detained.

Yemeni Sanad Yislam al Kazimi was detained in the United Arab Emirates, then transferred by the CIA to a secret prison in Afghanistan and finally deported to Guantánamo in September 2004. In the United Arab Emirates, he was beaten by guards, held naked and chained in a dark cell, cold water ran over him, his hands and legs tied, and sexually assaulted him. He is still trapped in Guantánamo.

It 50 page report Amnesty International describes a large number of human rights violations committed against prisoners in the camp. Victims of torture are detained indefinitely without medical treatment. There is often no access to a judge. If there is, there is no fair trial. Even the six prisoners who have been allowed to return home for years are still in jail. In an attachment to The report the 40 prisoners are named and briefly described.

What does Amnesty want

Amnesty International believes that Guantánamo should be closed immediately. Prisoners should be tried by a federal judge in a fair trial that cannot impose the death penalty, or they should be released if there is no credible evidence against them.

At the Munich Security Conference in 2009, Vice President Biden said, “We will respect the rights of those we detain. And we are closing the Guantánamo Bay prison ”. More than 10 years later, he is fortunate to live up to those words as President.