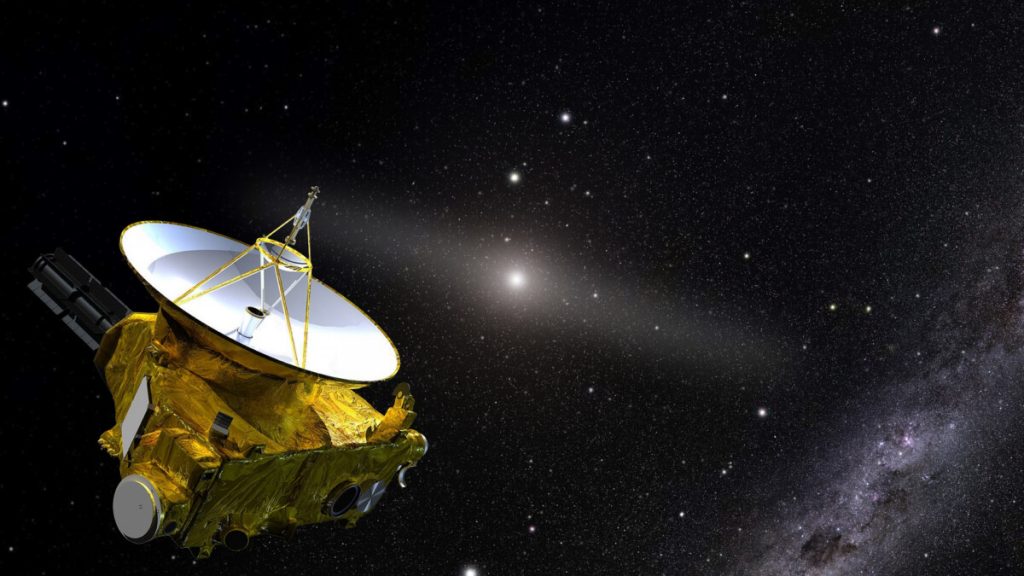 And it’s much darker than the Hubble Space Telescope has led us to believe.

You’ve probably looked at the sky while standing in a rural area far from all the city lights. Countless twinkling stars twinkle in the night sky. The space between these stars is filled with total darkness. But how dark is this darkness really? And what does that say about the number of galaxies in the visible universe?

Not really black
As dark as the sky may seem at times, the space between the stars is not completely dark, even there. The universe is lit by a faint glow of countless distant stars and galaxies. It is difficult to determine the strength of this glow. Satellites and telescopes inside our solar system – like the Hubble Space Telescope – cannot properly measure the light emitted. In fact, the space around the Earth and the inner solar system is filled with dust particles that are illuminated by the sun, creating a diffuse glow in the sky.

New Horizons
However, there is a task here for the New Horizons space probe; the unmanned probe, launched in 2006, which visited the dwarf planet Pluto and later the asteroid Arrokoth. This spacecraft is currently located very far from all major sources of light pollution, billions of kilometers from Earth. The surrounding sky is therefore about 10 times darker than the darkest sky visible to Hubble. And it is interesting. Because it also allows New Horizons to make a much more accurate estimate of the total luminosity of all the galaxies in the universe.

Galaxies
However, the Hubble Space Telescope has ventured into this area before. Astronomers can estimate the total number of galaxies by counting everything visible through Hubble, then multiplying it by the total area of ​​the sky. But other galaxies are too dark and too far away to be detected directly. The researchers used mathematical models to estimate the number of galaxies too small and too weak to be observed by Hubble. The team concluded that 90% of the galaxies in the universe are not visible to Hubble.

New measures
But now it looks like the universe is actually a lot darker. Using New Horizons, the researchers again measured the visible light emitted by galaxies. And it now shows that there are fewer invisible galaxies than previously thought. It would not be 2 trillion, but only hundreds of billions.

Pictures
So while we cannot count all the galaxies, their light pervades space with a mysterious faint glow. The researchers analyzed existing images from New Horizons and filtered out all known sources of visible light, until all that was left was light outside our own galaxy. However, the remaining signal, although extremely weak, was still measurable. This means that the unexplained light is always shining. Postman compares it to living in a remote area, far from the city lights. If you lie in your bed at night with the curtains open and a neighbor a mile away opens their refrigerator, that light can bounce off your bedroom walls. It would then be as bright as the light captured by New Horizons.

Who or what exactly is responsible for this unexplained light? It is possible that dwarf galaxies exist in the relatively near universe which are undetectable for some reason. Or the diffuse halos of stars surrounding galaxies may be brighter than expected. Or there may be many more faint and distant galaxies than theory suggests. At this point, we can only speculate. Upcoming from NASA James Webb Telescope can help solve the mystery. If weak, individual galaxies are the cause, James Webb’s observations should be able to reveal it.

Find out more …
… About the light emitted by the stars and why it is dark at night? The universe has countless stars, so it should always be light, right? This is not the case and thanks to Hubble we now understand better why this is so. Lily here soon!