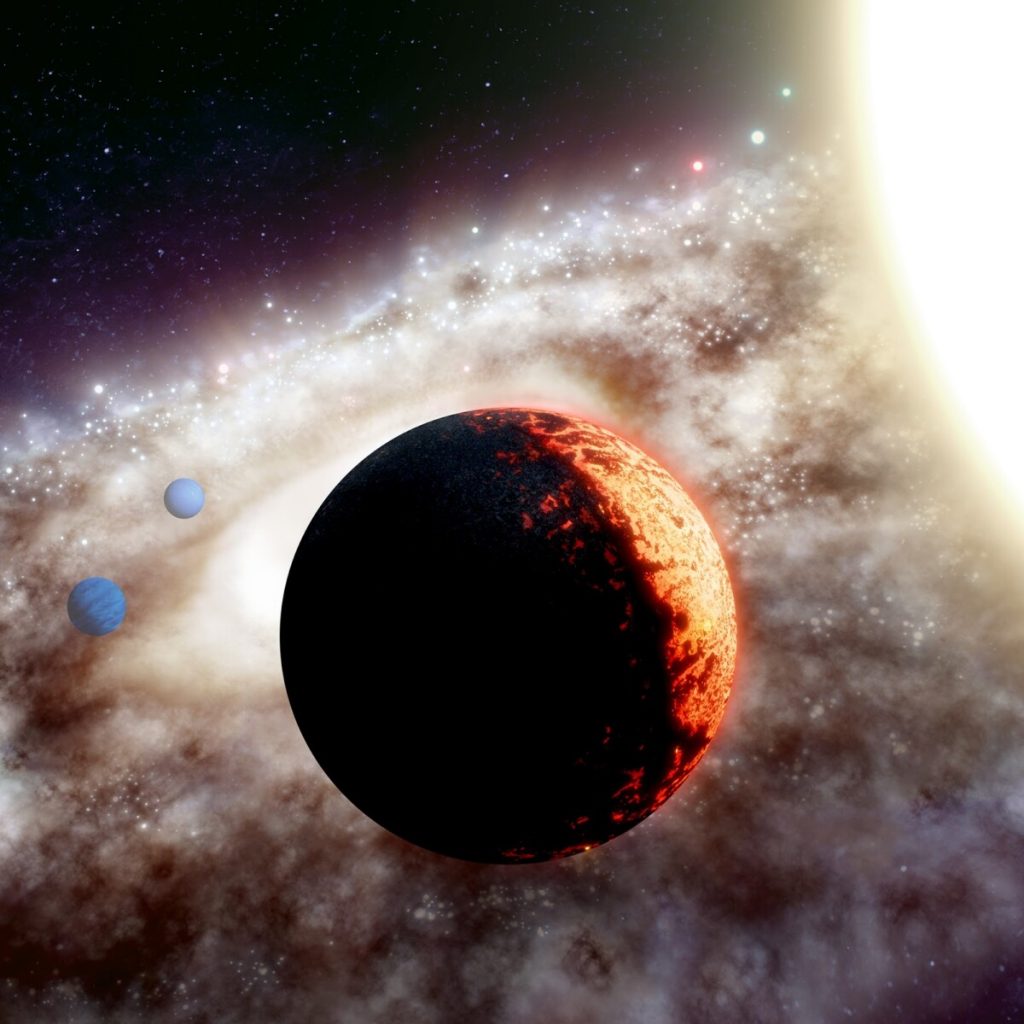 The exoplanet orbit – along with two other planets – around a star that is about 10 billion years old.

Scientists have found ancient planets around an orange dwarf star. These are three planets, one of which is a hot, rocky super-Earth that was given the name TOI-561b. “TOI-561b is one of the oldest rocky planets ever discovered,” said researcher Lauren Weiss.

Old
Researchers estimate that the entire TOI-561 system is around 10 billion years old. This makes the system one of the oldest known systems. The discovery of the ancient rocky super land is therefore very special. Because it means rocky planets – like our Earth – have long lives. In addition, the first rocky planets also emerged a long time ago. “The existence of this exoplanet shows that the universe has produced rocky planets almost since its birth,” concludes Weiss.

What is a super earth?
A super-Earth is a rocky planet with a mass greater than that of Earth but smaller than that of the planets Uranus or Neptune. They also have a solid surface. The first super-Earth was discovered in 2005. During this time, five super-Earths were discovered – including the most promising K2-18b – which could possibly be habitable. They are located near their mother star in the so-called habitable zone.

In study researchers were also able to reveal some interesting properties of TOI-561b. It turns out that the planet is about 50% larger than our earth. Additionally, TOI-561b takes less than half a day to complete a circle around its parent star. And it’s extremely short. “For every day that you are on Earth, this planet revolves around its star twice,” says researcher Stephen Kane.

Hitte
So TOI-561b revolves around its star in a very close orbit. And that means the temperatures on the planet can get quite high. The estimated average surface temperature is even above 1700 degrees Celsius.

Density
Although TOI-561b has a mass almost three times that of our Earth, the team calculated that its density is equal to that of our planet. And it is quite remarkable. “It’s surprising, because one would expect (given the greater mass, note) that the density is higher,” says Kane. “This is consistent with the idea that the planet is very old.” Because the older a planet, the lower its density should be. “It’s because there weren’t a lot of heavy elements available a long time ago that then produced planets,” Kane explains. Heavy elements are formed by star fusions as they age. Eventually, the stars explode, projecting these elements around the universe. New stars and planets are then born from this dust.

Habitable
Unfortunately, researchers suspect that TOI-561b is not viable. It would be far too hot to welcome life as we know it. However, this does not mean that the planet has always been uninhabitable. Perhaps that was a possibility in the distant past. Astronomers are therefore constantly trying to understand the relationship between the mass and radius of the planets they find. This information helps to better understand the internal structure of planets too far away to be visited with current technology. “Information about a planet’s interior gives us an idea of ​​whether the surface is habitable for life,” says Kane. “Although TOI-561b is unlikely to be inhabited today, it can be considered a precursor. There may still be many rocky worlds around the oldest stars in the universe waiting to be discovered.

The ancient planet was discovered with the help of a planet hunter Survey satellite on exoplanets in transit (TESS). Launched in April 2018, TESS opened the hunt for nearby planets in July of the same year. Since then, the telescope has discovered many exoplanets. Last April, the planet hunter discovered her first terrestrial planet and already followed his first exokometen sure. And many more discoveries will undoubtedly follow. In a few years, TESS will study at least 500,000 nearby stars and detect Earths and super-Earths around many of them. TESS is also expected to observe hundreds of thousands of binary stars, leaving many more planets orbiting these binary systems waiting to be discovered.

Find out more …
… What about the TESS space telescope? Lily here learn more about this promising planet hunter and her hunt for as yet unknown worlds!