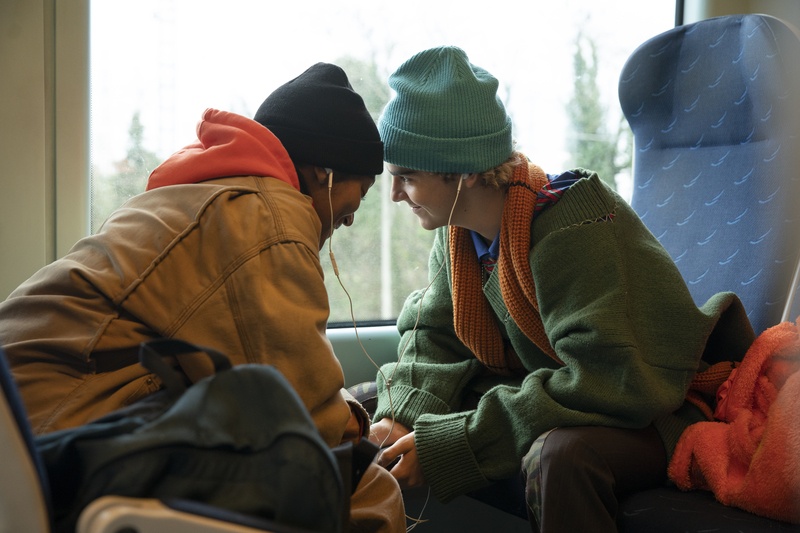 Since his remarkable debut novel “The Loneliness of Prime Numbers”, Paolo Giordano has been a resounding name in Italian literature (and beyond). The beautiful HBO series ‘We Are Who We Are’ shows that he also excels as a screenwriter, with the help of director Luca Guadagnino (‘Call Me by Your Name’).

You had the original idea of ​​“We are who we are”. How did it work?

Paolo Giordano: “I wanted to talk about adolescents today, about the complexity of the dynamic between identity and gender for them. My approach is a contemporary version of “Romeo & Juliet”, about two young people helping each other to explore their deepest desires. And this research also has consequences for people in their immediate environment, who are also beginning to question their identity.

Luca Guadagnino came on board after you and your co-writer Francesca Manieri had been working there for a long time. What did he contribute to your project?

“He had a very specific vision of history. For example, he had the idea to situate the whole story on a US military base. In the end, we started all over again, but it didn’t bother us. Luca imagined Maurice Pialat’s film “À nos amours”, about a girl who intensively experiences her sexuality. Our story also needed this sensuality and spontaneity.

Why does the series take place in 2016, around the election of Donald Trump?

“It was a key moment, especially in the United States. It was the start of a difficult period for minorities and civil rights. The fight for the rights of transgender people, for example, was abruptly ended. Also in the army. We wanted to reflect this in our series. “

We Are Who We Are shows that the search for gender identity is anything but simple today. How can parents help?

“It’s never easy to guide a son or daughter through transformations that include gender and / or sexuality. Parents are often afraid and do not understand. It takes a lot of patience and understanding on both sides. And the humility to ask for professional help when the going gets tough. “

The series is about how we humans construct our identity. Do you remember which people were the most important to you?

“Lots of people. Teachers, friends, relatives, other writers. I also sought them out on purpose, at least until I was about 25 years old. My whole self was shaped by these encounters. My previous novel, Devouring Heaven, was about the constant need that I felt as a youngster to nourish myself with the experiences and knowledge of others, I really devoured them.