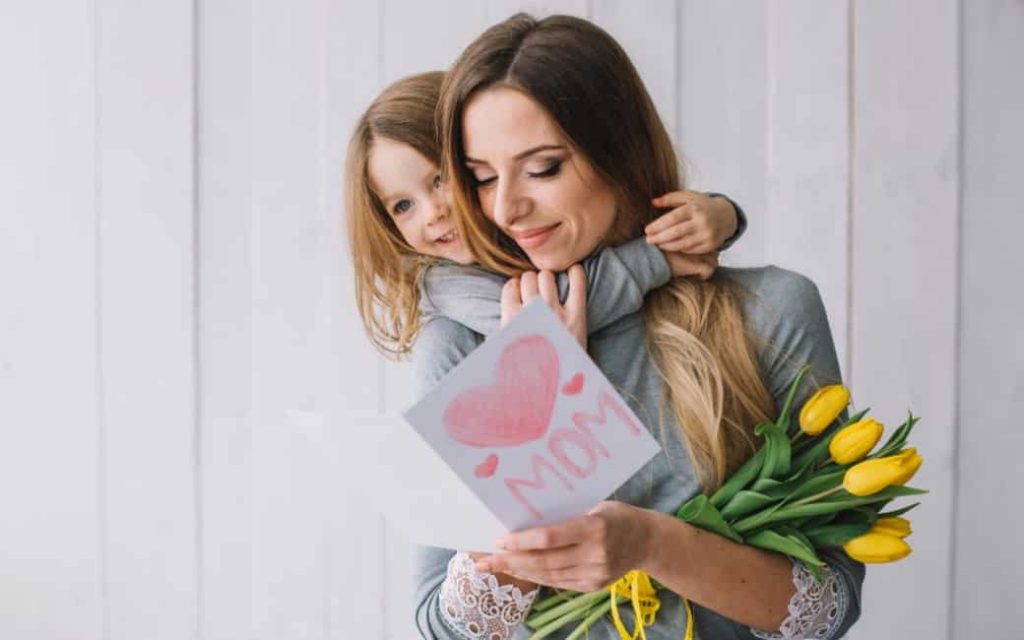 Mother’s Day is celebrated in honor of motherhood just like Father’s Day (in Spain around March 19) in honor of fatherhood. In families celebrating Mother’s Day, the day is all about pampering the mother. She often has breakfast in bed and presents and is exempt from household chores (a bit old-fashioned but still).

Mother worship is a much older tradition than modern Mother’s Day and dates back to mother worship in classical Greece. Formal maternal worship with ceremonies for Cybele or Rhea, the Great Mother of the gods, was practiced throughout Asia Minor on March 15. The Catholic Church has a long tradition of worshiping Mary, the mother of Jesus.

The party in its current form has spread from the United States to the rest of the Western world. In the Netherlands and Belgium the tradition began around 1925 and in Spain in 1965, although in Spain this day was never officially declared by the authorities and is only a popular and commercial day.

Mother’s Day is celebrated all over the world and the people of Hungary, Lithuania, Portugal and Romania do the same on the same day as Spain. The first Mother’s Day of the year is on the second Sunday in February in Norway, followed by Mother’s Day between January 30 and March 1 in Israel. There are also Mother’s Day on March 3, March 8, Fourth Sunday of Lent, March 21, March 25, April 7, First Sunday in May, May 8 and May 10.

American Mother’s Day was not yet known when Antwerp, artist and alderman with a liberal spirit Frans Van Kuyck introduced a Mother’s Day in 1913 on August 15, the feast day of Mary (Our Lady of l’Ascension), patron saint of the city since 1124.. It was the day of the great procession of Mary. According to the Antwerp ships, the social order was deeply disturbed at the turn of the century by radical modernization. His remedy: to restore and cultivate the dignity of the family.

According to Van Kuyck, everything had to be done to visualize the role of the mother in the family and in society. A special day seemed like an ideal technique. Van Kuyck mobilized the local press and schools, published a script and set up a propaganda committee. The children and the father must have surprised the mother with decorations, occasional worms, flowers, special sandwiches and even jewelry.