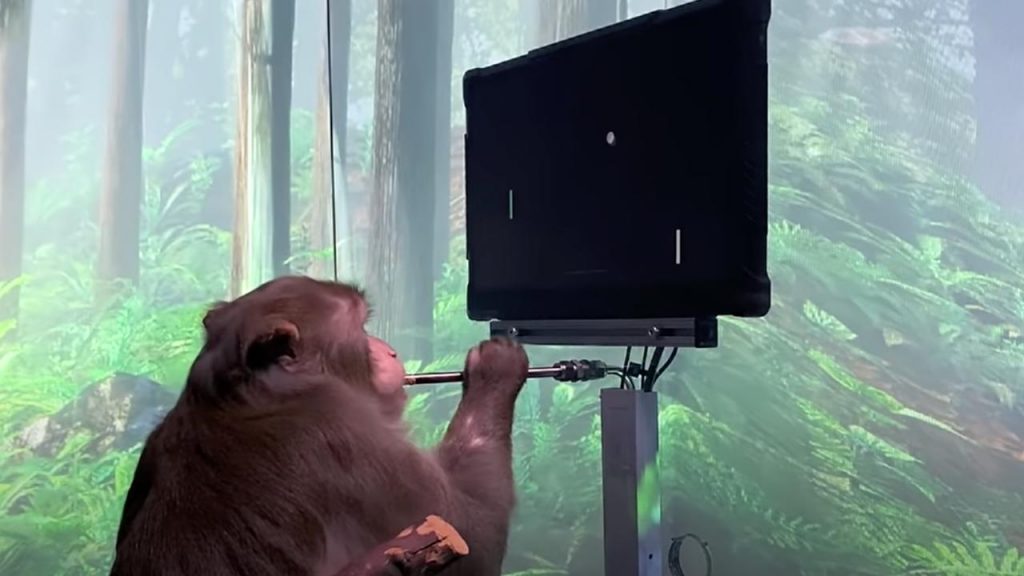 Elon Musk’s company Neuralink shared a video of a monkey with a brain implant playing the game on Friday. Pong control with his brain. The goal is for paralyzed people to be able to control a computer or phone with their brains in the future.

The video shows the nine-year-old Pager macaque. Six weeks ago, the monkey was implanted with more than a thousand electrodes on both sides of its brain.

These electrodes record electrical signals from the brain while the monkey plays two games with a joystick. These signals are then transmitted to an iPhone.

Ultimately, the computer knows which brain signals belong to which movements with the joystick. This allows the monkey Pong play only with signals from your brain after disconnecting the joystick

This is not the first time that Neuralink has experimented in this area. earlier implant the company already has a chip the size of a coin in a pig’s brain. With this, too, the company hoped to be able to capture neural activity from the chip carrier, so that computers can be controlled just by thinking.

Neuralink was founded in 2017 by Musk, who has often created companies with big ambitions with Tesla, Hyperloop, and SpaceX.