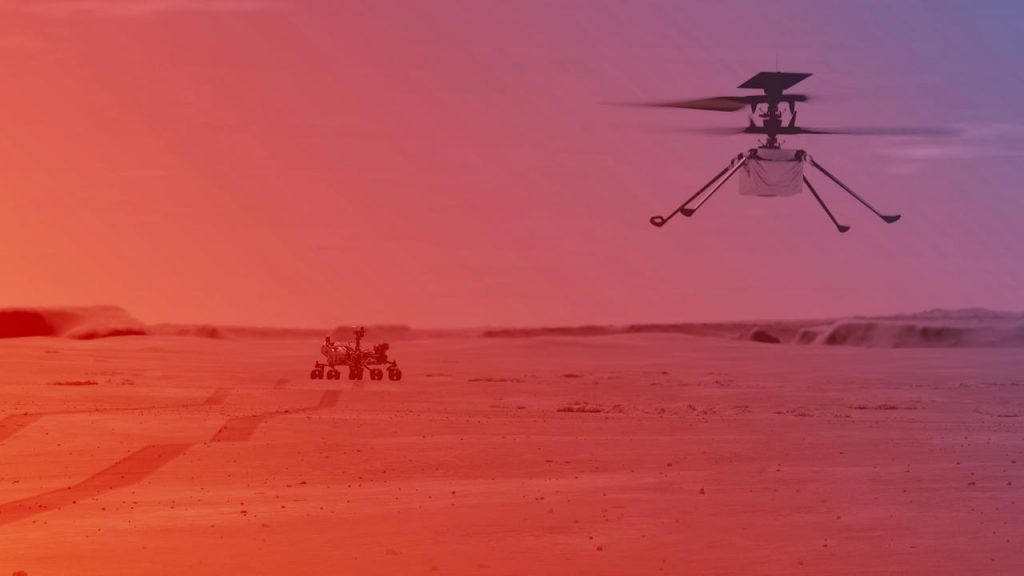 The first alien helicopter will not be flying around Mars yet. The unmanned aircraft was scheduled to make its first short flight over the Red Planet overnight from Sunday to Monday (Dutch time), but it was postponed. A technical problem arose during a rehearsal. At the earliest, a new take-off attempt will be made next Wednesday.

The first flight was scheduled for Monday at 4.54 a.m. Dutch time. The Mars Ingenuity helicopter was to reach a height of several meters in three seconds. He would linger there for thirty seconds, before landing in the same place in a controlled manner.

This first flight is a test. If successful, the Mars helicopter can then fly about five times, each time a few hundred yards away. It will probably last about a month on Mars.

In preparation for the first flight, flight controls spun the helicopter’s rotors on Friday. An error has occurred in the code on board. The Ingenuity computer warned flight controllers that something was wrong. This is under investigation. “The helicopter is safe and healthy and sent all the data to Earth,” US space agency NASA said on Saturday.

The helicopter was launched in July as baggage in the hold of the Mars Perseverance trolley. Together, they landed on Mars in mid-February. About a week ago, ingenuity was brought to the surface. Ingenuity is almost 1 meter tall and weighs around 2 kilograms.