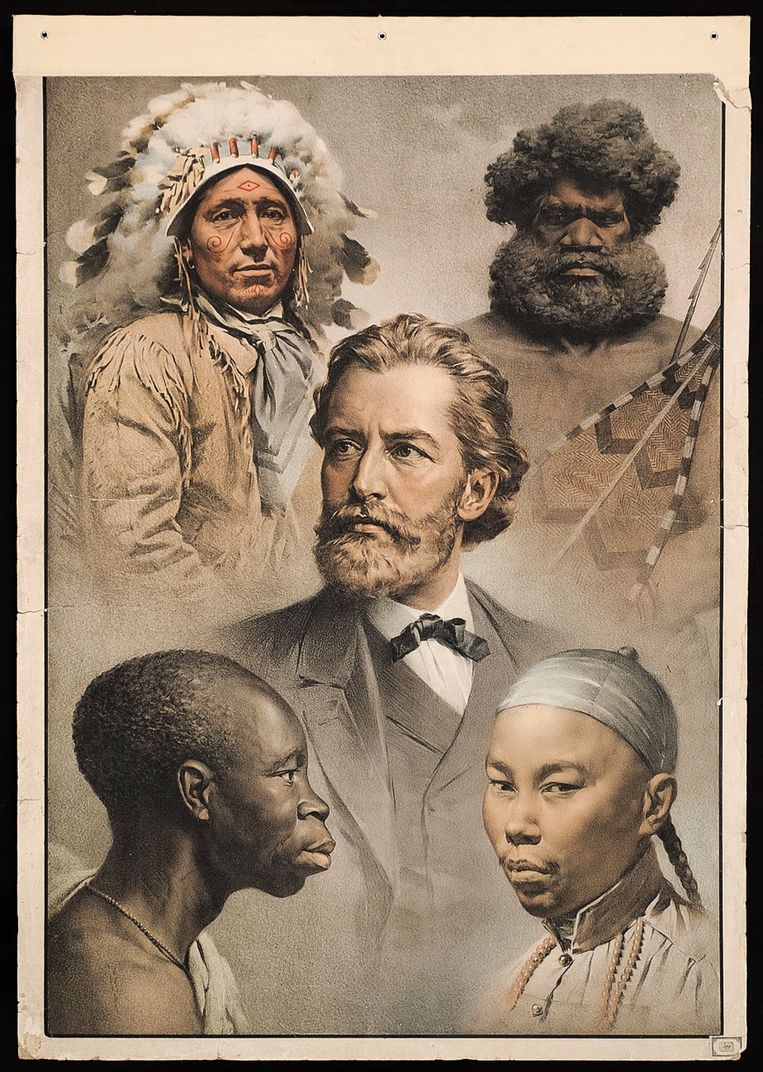 After the hundredth joke, it becomes boring. And it’s already on page 17. The biologist Midas Dekkers also has in his latest book, What is happening here?tell an interesting story. But it would help if he found himself a little less funny.

There are gems among them: “All people belong to one race. Point. But now the commas. ‘

But also less successful: “Hitler could have saved himself the trouble: the Jewish race did not have to be exterminated, because it never existed.

These are not just examples; these are key phrases. According to Dekkers, one of the many victims of the Nazi regime is physical anthropology. After the Holocaust, race became a taboo. Anyone who spoke out or wanted to do scientific research was immediately suspicious. This is unfortunate, says Dekkers, because we actually need physical anthropology “to combat racism through new perspectives on building humanity.”

We consider it the most natural thing in the world to divide animals and plants into orders, families, species and races. But with humans, that’s out of the question. There are guides for birds, insects, mushrooms and seashells, but there is no “What’s going on out there?” Where you can research what kind of person you have in front of you. That is why Dekkers has produced such a guide under this title.

The biologist and multi-writer makes it clear how taxonomy works with plants and animals. How selection and breeding work, in nature and on the farm, and what evolution is (and especially what it is not, namely progressing towards perfection). And it shows how, as early as the mid-18th century, scientists began to classify people, such as Swedish botanist Carl Linnaeus, the father of taxonomy, and German anthropologist Johan Friedrich Blumenbach.

As with plants and animals, these early classifications were based on external characteristics, including skin color. These early taxonomists of the human world are mostly accused in retrospect – even now – of having a hidden racist agenda. Nonsense, Dekkers said, their agenda was open on the table. They did what is right for taxonomists, which is to create order in natural variation.

All kinds of attempts have been made to derive properties of the outward appearance of the persons that distinguish them. A lot of them are blocked, but these features are still great. What do these differences in skin color mean? Why are certain diseases common in one race of people while the other seems immune to them? All people living on Earth share 98% of their genes, but what is hiding in the remaining 2%?

Dekkers traces it all, in a swirling mix of history, science, facts and anecdotes. Race is a biological concept, it is its starting point. And this biological understanding can also be applied to the human species. No problem with that.

Problems only arise when one race is placed above another. A biologist with plant or animal varieties will never do that. And that shouldn’t be happening in the new physical anthropology either, says Dekkers: “Of course there have been a lot of people who have abused the classification of humanity to demonstrate their own superiority. Lots of people, lots of abuse. Something as good as sorting color by color has gotten out of hand. Yet the division of humanity did not come from hatred but from love. Love for nature, for all its variety and, without forgetting, for science.

It took a long time for people to get a modern brain, according to research on traces of 1.8 million year old skulls.