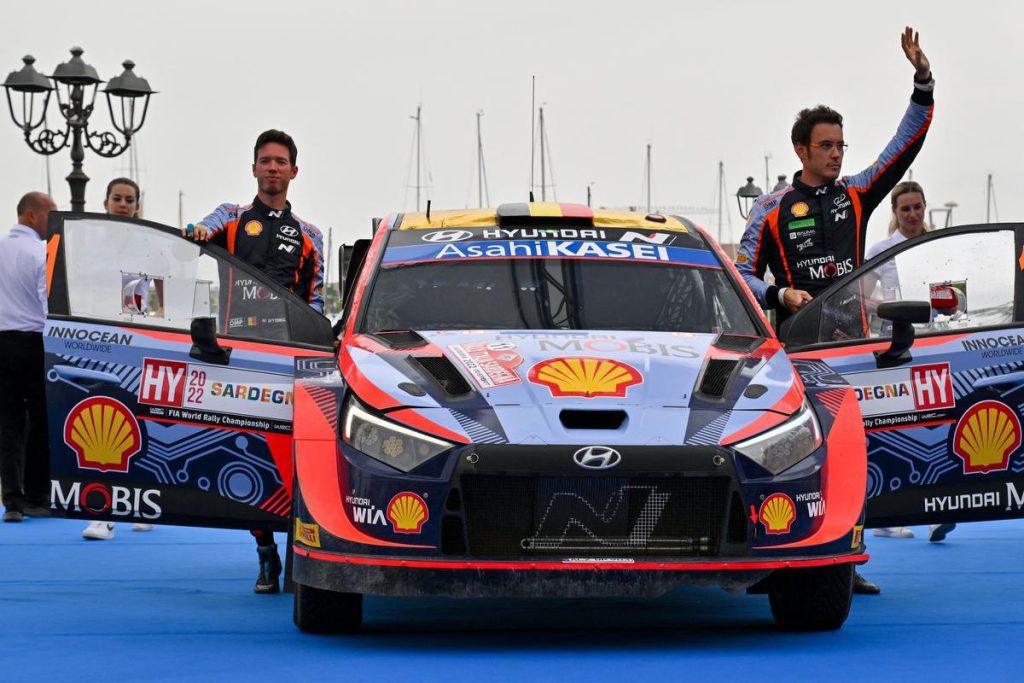 As Thierry Neuville’s co-driver, Martijn Wydaeghe is not having his best season. The Hyundai duo encountered too many technical problems and saw Kalle Rovanperä dominate the title fight. At the Ypres Rally, they hope to finally win this first victory of the season for their team, like last year.

Not Sint-Eloois-Winkel and no longer Kruisem, but Andorra is now Martijn Wydaeghe’s official base of operations. The micro-state of the Pyrenees is very popular with top athletes for various reasons. “Here you live informed and everything here is perfectly suited for physical training,” says Wydaeghe. “You don’t find anything like it in Belgium. There is also a pleasant climate. It’s just another kind of life. You also have slightly more flights from Barcelona than from Brussels. Wydaeghe is also trying to recover from an often hectic life in which he commutes almost constantly between rallies and practice sessions. “We are in the car almost every week, which of course makes it very busy. This also means that it is not easy to intervene on a technical level.

This technical level is where things have often gone wrong this season. Neuville and Wydaeghe have been knocked down several times this season with faults on their new Hyundai i20 Rally1. “Our own performance is on the level, but we haven’t always had the luck or the reliability to score good results when we have often deserved it”, tries Wydaeghe to sum up the season so far. “There’s not much to do in the title fight in the meantime. We now have to focus on the matches where we can still score well and prepare for 2023 at the same time. The new season will be here soon and we need to make sure we don’t have to chase after it anymore. We have made progress in recent games, but we want to do even more.

Good that everything is now in the Ypres area, including the Powerstage

Even if it’s not always easy mentally, the duo keeps their spirits up. “It’s frustrating not only for Thierry and myself, but also for the team and the mechanics. Everyone is working super hard, but we haven’t really been rewarded for our efforts yet. We have already shown that our mentality is quite big and we are constantly trying to make the most of it. Our approach and our motivation remain. Rovanperä is super strong and it’s hard to knock off a winner’s chance. However, it remains a mechanical sport and we saw last season that things can change quickly.

Neuville and Wydaeghe see plenty of opportunities to succeed this season. “The goal is to finish second in the championship and to win as many victories as possible. Some matches may suit us better now. We like Greece, for example. New Zealand is new for everyone, only Thierry rode there in 2012. We won in Catalonia last year and finally there is Japan, a rally that is also new for everyone. This game is taking place near Toyota headquarters, so Hyundai is eager to beat them there. We must be able to compete for at least the podium everywhere. »

Neuville and Wydaeghe arguably have the best chance of winning at the Ypres Rally, where they took their maiden World Cup victory together last year. Wydaeghe likes the innovations of this edition. “It’s good that everything is now in the Ypres area, including the Powerstage. But even though there was a lot of criticism, I thought that Francorchamps also had added value thanks to its history in motorsport. A reverse course could also have been nice, with a finish in Ypres. Anyway, I think it’s a nice layout. The competition may already know a little about the course, but many events have been adapted. Only a few tests are identical to last year. You can still count on the track knowledge of the past. Hopefully our experience will help compensate for the slightly lower performance.

“Obviously we would like to do it again last year. We’ll have to wait and see how the match goes! Our biggest adversaries? Evans, Rovanpera and Breen.