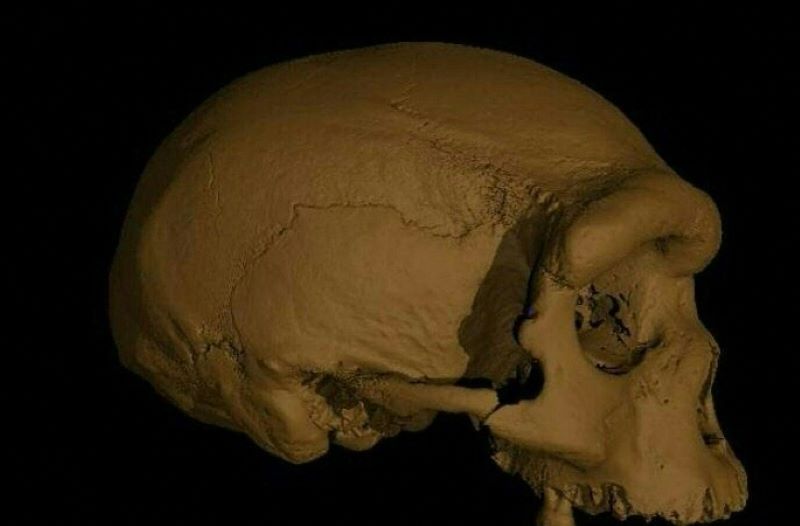 A huge human skull, hidden 90 years ago, has been discovered in a Chinese well. The discovery forces scientists to rewrite the history of human evolution, stelt The Guardian.

After analyzing the fossil, they conclude that there must have been another branch of the human family tree. It is an unknown sister group that is more related to modern humans than to Neanderthals.

The special fossil has been labeled by Chinese scientists as a new human species, Homo longi or “dragon man,” although other scientists do not fully agree that it is a new one. species. They see similarities to other fossils found in the area. This does not change the fact that there is a consensus on the great importance of this discovery.

An international team led by Professor Qiang Ji of Heibei Geo University used geochemical techniques to determine when the skull found its final home in Harbin. The fossil is estimated to be at least 146,000 years old. The skull has a unique combination of primitive and modern features.

huge head
The skull is 23 centimeters long and 15 centimeters wide. It is considerably larger than the heads of modern people. There is a lot of room for the modern human brain. “This man had a huge head,” Chris Stringer, research director at the Natural History Museum in London, told the British newspaper.

Researchers believe the skull belonged to a 50-year-old man of impressive stature. His large, bulbous nose allowed him to inhale a lot of oxygen, indicating a lifestyle that required a lot of energy. Its size is also said to have helped it endure the region’s freezing winters. “Homo longi is heavily built, very sturdy,” said Professor Xijun Ni from Hebei. “It’s hard to estimate his size, but his huge head probably rested on a body much larger than the average modern person.”