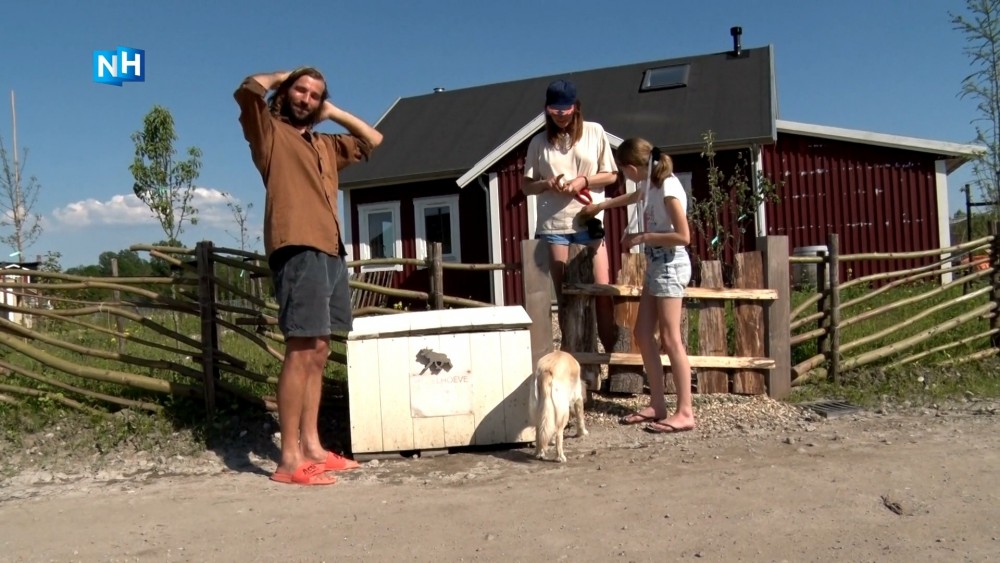 This week’s Culture Club focuses on the Juan Juan group. It is the group of singer / guitarist Gertjan van der Geer and his wife Jacinta, who play the drums. Juan Juan’s album New Mexico breathes the atmosphere of the southern states of the United States and Mexico.

“We made two trips with a motorhome in these areas. We fell in love with the landscape, the people and the music, ”explains Gertjan. Upon their return to the Netherlands, Amsterdam became too stuffy for them, especially during the days of the crown. They bought a house in a green self-build neighborhood in Almere. “There is space and freedom here. We call it Almerica here.”

The road to Gertjan and Jacinta’s house is dusty and unpaved. “It’s a pioneer district here. You have to pay for the trip with the locals. Everything will be fine”, laughs Gertjan. Everything exudes a non-Dutch tranquility in the house of the members of Juan Juan. Just like the New Mexico album. Gerjan wrote all the songs, sings and plays the guitar. The music recalls Lou Reed, Ry Cooder, JJ Cale with a Mexican touch. A typical summer record. Jacinta does the drums on the album. “I didn’t know how to play the drums at all, but Gertjan taught me,” says Jacinta. “The drummers often overdo it. It didn’t bother Jacinta,” laughs Gertjan.

Juan Juan will perform at Cintetol in Amsterdam on Saturday July 3 and will also participate in the traveling festival Popronde.

Also in Culture Club, the talented videographer Silvia Martes. She has made several high profile videos. In “Restless Fear of Something Wrong,” she asks which part of the body you would like to give up in order to live longer. And in her latest video, The Revolution That Didn’t Happen, she wonders what would happen if humanity were allowed to start over. “Then I let a group of black women try again. Because this group is always at the back of the pack. I won’t reveal if they are successful,” smiles Silvia. His work was nominated for the Prix de Rome. Eventually, she also wants to make feature films.

In the museum section, we visit Art Zuid, the sculpture exhibition in Amsterdam South which will officially start on July 1st.