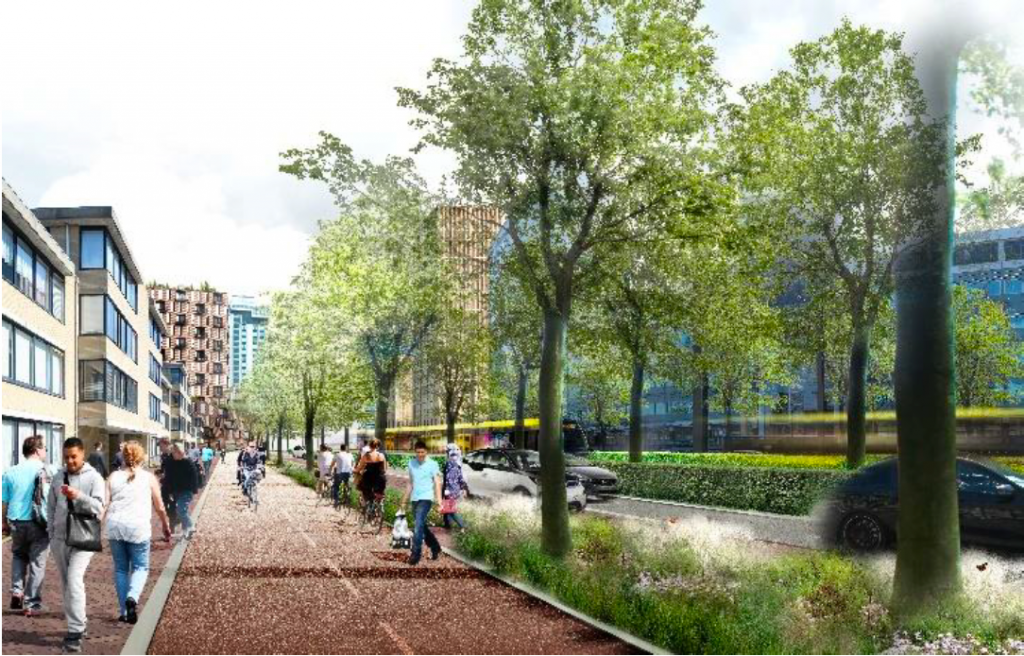 During the redesign of the Westplein in Utrecht, the Graadt van Roggenweg will also be addressed. The road currently has four lanes, but it will be two in the future. The top speed will also be reduced to 30 kilometers per hour.

The Westplein is still a heavy traffic area, but that is about to change. The square will be redesigned and there will be houses, greenery and water. The name will also be changed to “Lobmokplein” in the future. The redevelopment of the Graadt van Roggenweg is also part of the project.

The municipality writes in a district report that the Graadt van Roggenweg will be designed as an “ordinary city street”. This means that motorists will soon be allowed to drive only 30 kilometers per hour. The road section for cars will also be narrowed and one lane will disappear per direction of travel.

Parking spaces will be built along the Graadt van Roggenweg. The service road on the part between Croeselaan and Koningsbergerstraat will give way to a two-way cycle path.

There is also a lot of greenery in the area. For example, there will be four rows of trees, a hedge will be planted along the tram track, and new roadsides will be built. Finally, the sidewalks along the Graadt van Roggenweg will also be widened so that there is more space for pedestrians.

The municipality is asking residents to contribute ideas on what the greenery should look like. A meeting was organized for this purpose on April 20. “At the first meeting, we will tell you what choices can be made when it comes to greenery. For example, the choice of grass, shrubs, flowers or a combination of these in the planting areas? How big should these planters be? Are gable gardens possible? Are there any wishes for benches ”, we can read in the neighborhood report. Another follow-up meeting will take place in May.

As mentioned, the redesign is part of the Lombokplein project. The municipality will do the preliminary design of the project this year. “It happens in places. Whenever possible, we ask residents to reflect. The first works will start in 2024 at the earliest.