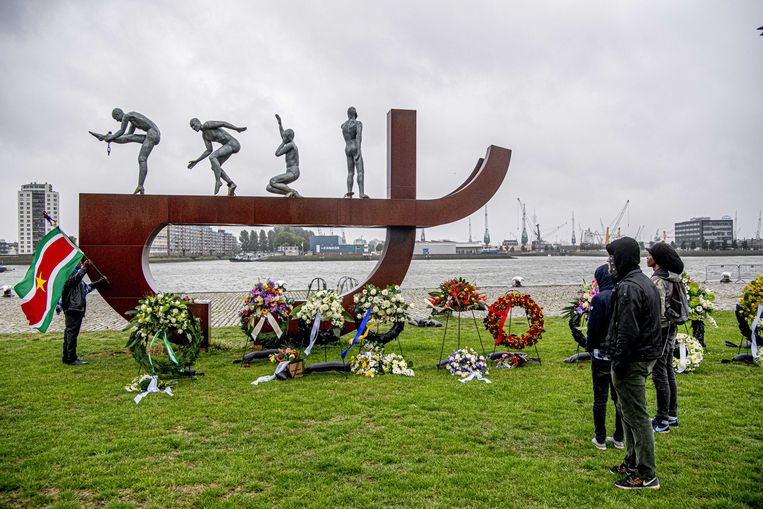 Alderman of Amsterdam, Rotterdam, The Hague and Utrecht argue for this in a letter to the House Committee on the Interior. With the national holiday, Alderman wants to make sure the Netherlands reflects the history of Dutch slavery every year.

‘By remembering society, society takes responsibility, but it also acknowledges itself for a society and future in which there is no room for racism and inequality of opportunity,’ the letter says.

The Alderman of four major cities proposes to do this during Katy Coty on July 1st. On that day, the abolition of slavery in Suriname and the Netherlands Antilles in 1863 was already celebrated. There will be a festival in Oyster Park in Amsterdam.

The new cabinet is to be formed according to four aldermen, the Krலிnlinks (Grout Washing von Amsterdam, von Alben von The Hague and Wurtman von Utrecht) and VVD (Vizbenga von Rotterdam).

In addition, Alderman makes recommendations for the other three initiatives. For example, there should be a new national inquiry into the role of the Dutch state in slavery, which will lead to an apology to the Dutch government for the slave past.

Mayor Halsema will apologize on behalf of the Amsterdam Municipality at the upcoming Katie Coty celebration for the city’s role in the slave past. There are also voices in The Hague and Rotterdam apologizing on behalf of the City Council. The history of Utrecht’s slavery is being explored at the request of the city council. An investigation I&O Research However, it showed that of the 1,241 Dutch people in February, the majority of Dutch people were reluctant to apologize.

The Standing Committee on the Interior will hold a general consultation on discrimination and racism on June 30, in which all four Alderman letters will be discussed.