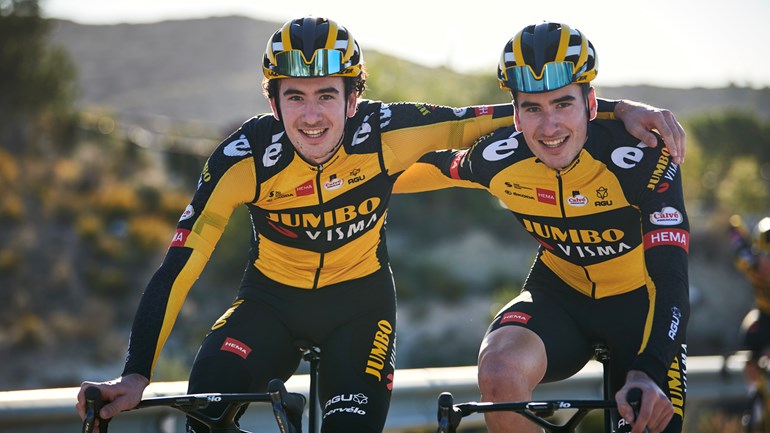 The highlight according to the brothers: the Dutch championship in Emmen in mid-June. Mick won the time trial and Tim won the road race three days later.

“It’s only after that you realize how special it is to achieve this with your twin brother,” says Mick. “Everything has to happen at the right time.” He crossed the finish line a few seconds earlier than his brother in the time trial. “It’s cool, isn’t it?” Tim nods. “Although I really hated him driving a little faster. In a time trial he is my biggest competitor, but on the road you really benefit from each other. In cycling there is a lot. give-and-take. “

My goal is to improve in all facets of cycling. I want to make the transition to World Tour Team Jumbo-Visma as smooth as possible. “

Tim has experienced first-hand this season that high performance sport is also very exciting. He crashed suddenly during a training session in Spain. His helmet shattered into six pieces. “I suffered a serious concussion that kept me from training for a long time. It was a dark time. A year full of ups and downs, roller coasters.”

An even stronger bond

It was also a difficult time for his brother. Mick: “I saw Tim fall and I was also the first to see him. Only then do you realize how hard cycling is. He should be glad he only had it. a serious concussion. ” He said it could have ended much worse. The fall made the bond between the brothers even stronger. “Even though he didn’t know how to ride a bike, he was there for me.”

The end of the season is also a good time to look to the future. Preparations for the new season are already in full swing. Mick has scheduled an aero test next week. “It’s new to me, but I’m really looking forward to it. Then we’ll see if I can do something about my position on the bike, so I can ride even faster.” His diet is also being scrutinized to make even greater progress. “My goal is to become a real professional cyclist. Next year I want to clinch a medal at the World Time Trial Championship. I want to find out if I can also time trial with the pros.”

Listen to De Zeeuwse Kamer with Mick and Tim van Dijke below.

The whole conversation with the Van Dijke brothers

Tim first enjoyed a vacation before getting back on his bike last week. He starts off calmly, in addition to cycling a lot, he also goes to the gym three times a week. “I am combining training with school, where I hope to graduate this year.” His days are often the same: “Eat, train, sleep”.

Smooth to the World Tour team