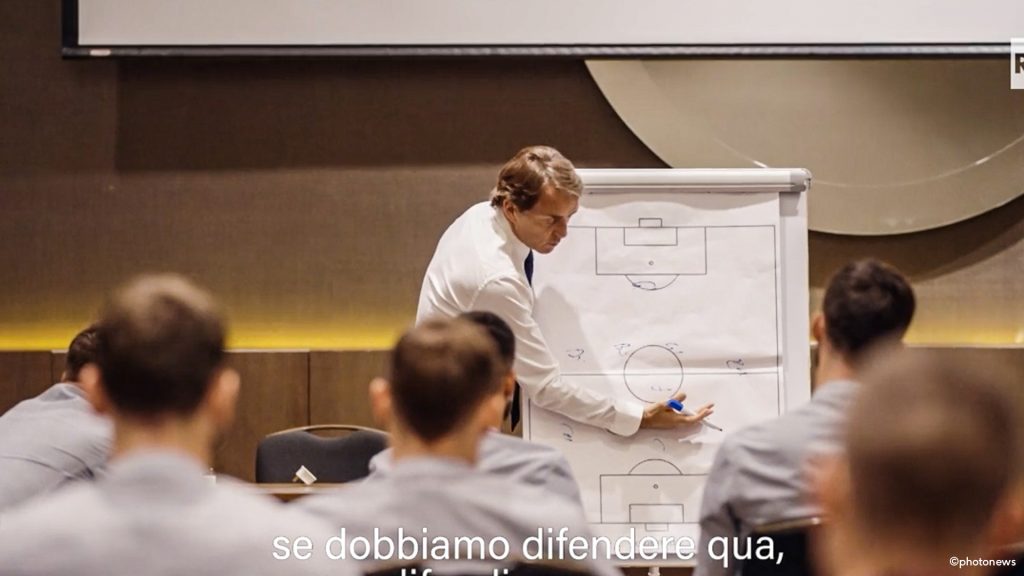 Italy enjoys the triumph at the European Championship. Yesterday, the RAI television channel broadcast a documentary about the successful Squadra Azzurra tournament. The match against Belgium in the quarter-finals was also discussed at length. Coach Roberto Mancini apparently spoke prophetic words during his tactical briefing.

Crazy scenes from the plane, footage from the locker room and a glimpse into coach Roberto Mancini’s long tactical talks. The RAI documentary “Sogno Azzurro” offers a unique insight into the European Championship in Italy.

In the fitness room, you can see the players discussing which opponent they prefer to face in the quarter-finals: Belgium or Portugal. Donnarumma shrugs his shoulders: “For me, it’s true.” Insignia adds: “They’re all behind the ball with ten.”

Belgians may not like to see the pictures. The quarter-final against the Red Devils is also an important chapter of the documentary. The prior tactical briefing is discussed in detail. “We have to be completely comfortable,” said the coach. “It’s only a quarter-final, okay? We’re playing against a strong team. Always straighten your back.”

Watch out for Kevin De Bruyne. He can do anything.

Then Mancini focuses on Kevin De Bruyne. “Watch out for De Bruyne. Be on your toes when he’s on the ball and put pressure on him. He can do everything: kick passes at 60 meters, start with the ball at the foot, … Defend like a team. Always.”

Finally, the successful coach has some prophetic advice for his team. “The defenders will leave room on the edge of the box. (Points to the tactical board) They will give us a chance to shoot from here. So get ready and kick!”

At minute 44, that advice becomes sad reality. Insigne has plenty of room to build and closes the 2-0 down wonderfully ahead of Courtois.

Another beautiful image of the documentary: Viali during the penalty shootout