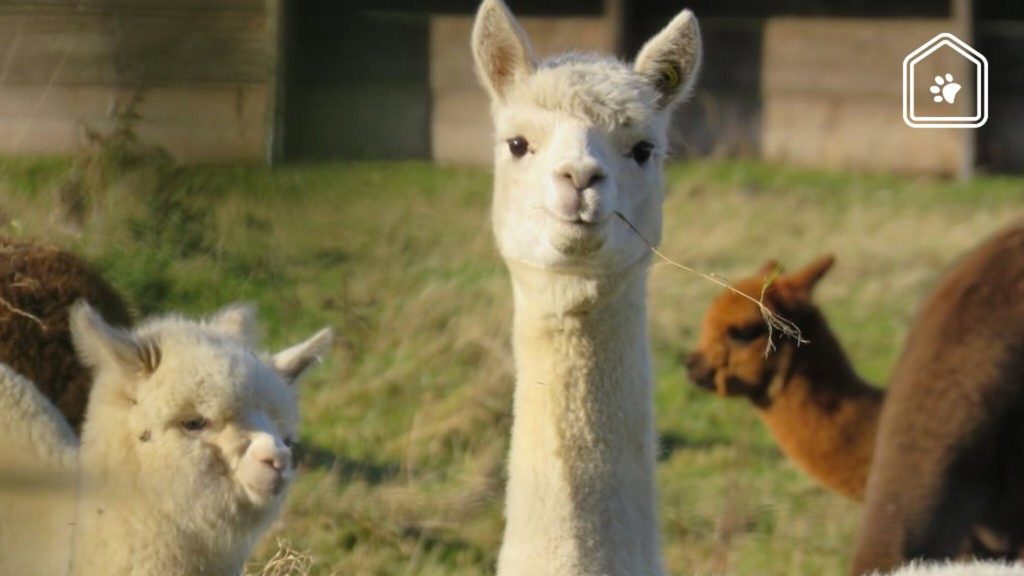 Differences Between Alpacas and Llamas

The llama and alpaca are camelid animals of the even-toed ungulate family. The animals are sometimes hard to tell apart, but there are differences.

Llamas have a shoulder height of 1 to 1.20 meters and a thick coat that sheds. A llama can be of different colors, such as white, light brown, reddish brown or black.

The alpaca is a little smaller, namely between 80 and 95 centimeters. An alpaca’s fur is woolly and, unlike the llama, barely sheds. When it comes to alpaca color, you are spoiled for choice, as alpaca comes in no less than 22 colors or shades. Another notable difference between alpaca and llama is that alpaca ears are straight and llama ears are banana shaped. Also, an alpaca won’t just spit, while a llama is notorious for that. Luckily, a llama usually only spits at other llamas, so you don’t have to worry about that as much.

An alpaca weighs only between 50 and 90 kilos, while a llama of 130 to 200 kilos is much heavier. The average life expectancy of the llama and the alpaca is between fifteen and twenty years. So keep that in mind when buying one.

Although they look incredibly cuddly, unfortunately alpacas and llamas are not cuddly animals. It is best to have as little contact as possible with young animals. It is very important that the young llama or alpaca grows up with its congeners. If it interacts too much with people, there is a chance that the animal will see people as conspecifics. They can then become authoritarian and dangerous, this is what is called: ‘the syndrome of the crazy male’. So be careful with that.

Compared to horses, alpacas are less dangerous because they don’t have hooves, but a camel toe. They also only have lower teeth in their teeth to eat grass.

The llama and the alpaca are herd animals. The animals must therefore be housed with several animals, otherwise they quickly feel insecure. You can keep a male with multiple females, but then you have to consider breeding. Also keep in mind that a male may be hostile to anyone approaching the enclosure in order to protect his females. You don’t see that? Then choose a group of castrated women or men. You should keep in mind that introducing new animals with alpacas or llamas will often lead to trouble. When new animals are added, the hierarchy must be redefined.

It is very important that you have enough space for the animals. A 1500 m² meadow is large enough for three alpacas or llamas. Sufficient space is important to prevent stress and behavior problems. The pasture should not be too swampy or soft, this can cause deformed nails. Also make sure there is a cobbled bottom on some parts. A place with sand is also important for animals, they use this sand to take care of their skin and fur.

Llamas and alpacas generally tolerate temperature differences well. It is important that there is a sheltered area in the animal habitat. You can choose a natural shelter or a stable, this protects them from the rain or the bright sun. If you opt for a barn, it must be at least 2 m².

The fence or mesh must be at least 1.50 meters high for llamas and about 1.20 meters for alpacas. The fence should of course keep animals inside, but also keep hunting animals away. It is therefore a good idea to dig the fence a little into the ground, so that it is not possible to dig under it. It is best not to use barbed wire in the fence, as fur can get caught in it. The use of electric wire is also not recommended, llamas and alpacas do not feel it through their fur. It’s only when they get tangled in it that they feel the current and can’t leave.

You can buy a llama or an alpaca from the breeder. Check that the animal looks healthy and that the coat is clean and that there are no spots on the skin that could indicate mange. Check the teeth and also see if the llama or alpaca is walking well. Costs differ by lineage and gender. A young llama stallion often costs between 200 and 500 euros. A young llama mare quickly costs double. For an alpaca you have to dig a little deeper into your pocket, these quickly cost a thousand euros. The costs can therefore add up quite quickly with pasture maintenance, vaccinations and feed. All in all, it costs money and effort, but then you have super beautiful animals in your garden!

You probably already knew that these woolly animals look cozy. Alpacas are now also a popular company for a birthday party, tea party or company outing. At Alpaca country Oosterhout For example, various activities are organized around alpacas. This way, you no longer have to think about the theme of your party! For example, you can have a picnic with them without them eating everything on your plate. Alpacas prefer their own food, such as grasses and kibble.

Alpacas are also very sensitive to their environment. When they are allowed to attend a children’s party, it makes them very curious. According to yoga teacher Krissie van der Graaf, they also have a positive effect on yoga classes. “The difference between regular yoga and alpaca yoga is that with regular yoga, you turn very inward,” says Krissie. Whereas with alpaca yoga you would be more connected to nature and move more consciously. In short, a beautiful animal to surround yourself with.