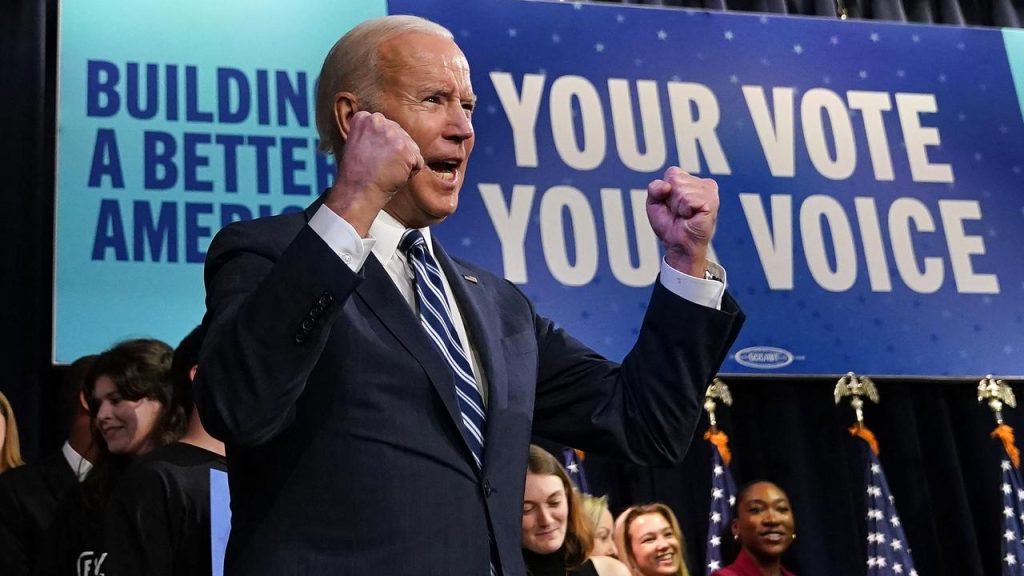 With the victory of Democratic Senator Catherine Cortez Masto in the state of Nevada, the majority in the US Senate remains in the hands of the Democrats. With this, President Joe Biden’s party performed better in the midterm elections (halfway) than the party of a sitting president usually does.

Cortez Masto defeated his Republican opponent Adam Laxalt in Nevada. The result in that state has yet to be ratified.

In the preliminary results, Cortez Masto has 48.8% of the vote, compared to 48.1% for Laxalt. The votes that remain to be counted cannot nullify Cortez Masto’s lead, the news agency has calculated. PA.

After the result in Nevada, the counter in the Senate rises to 50 seats for the Democrats and 49 for the Republicans. On December 6, a second round will be held in the state of Georgia because the results were too close there. If the Democrats also win in that state, the party can expand its majority to 51 seats.

This seat strengthens the position of the Democrats in the event of interference by a member of the party. It happened last year when Biden wanted to overhaul the social system with the so-called build back better-proposal. It failed because Democrat Joe Manchin voted against it.

If all fifty Democrats had voted in favour, Biden’s plan would have passed. In the event of a tie, Democratic Vice President Kamala Harris has the casting vote.

If Biden’s party does not win in Georgia and the Republicans also win fifty seats, the Democrats will still retain control of the Senate until 2024.

It is almost a law in American politics that the party of the incumbent president suffers (often heavy) losses in midterm elections. But the Democrats are doing it right this time, which is surprising given President Biden’s declining popularity. Analysts were already predicting that the battle for the Senate would be tense.

The House of Representatives result has yet to be announced. If the Republicans win a majority there, they could make it pretty difficult for the Democrats in the two years until the next presidential election.

The Senate is President Biden’s victory

Cortez Masto is a former Nevada Attorney General. She criticized her rival Laxalt for her conservative stance on abortion rights. Laxalt also denies that former President Donald Trump lost in the 2020 presidential election.

The loss of Laxalt is another setback for Trump. Other candidates he has backed have also lost before.

For Biden, the Senate majority is a victory. “The result reflects the quality of the candidates,” he told reporters in Cambodia, where he is attending an ASEAN summit, the organization of Southeast Asian countries.