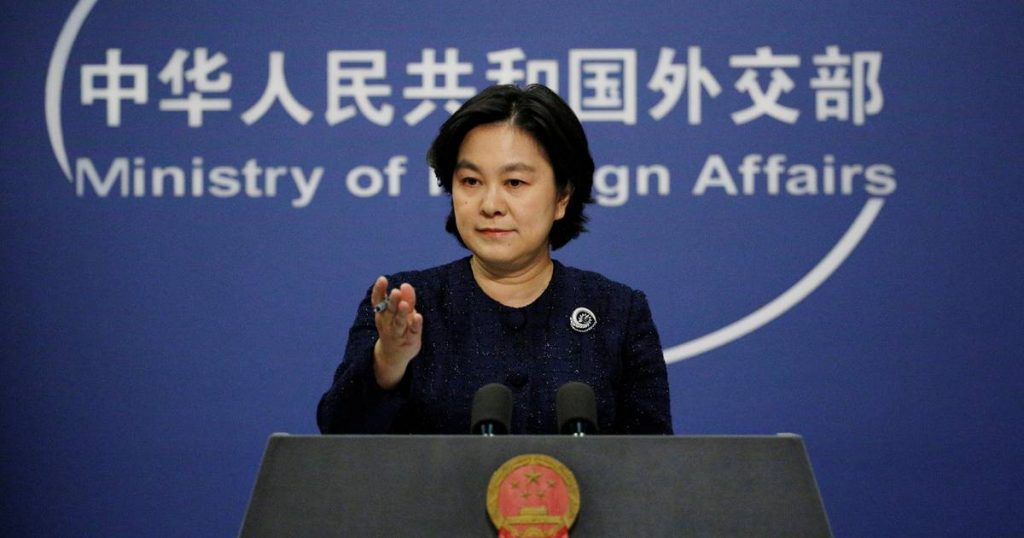 The Chinese government on Monday announced new sanctions against the United States. In doing so, it responds to previous US sanctions following the mass arrests of pro-democracy protesters in Hong Kong. In addition, sanctions were imposed on Americans in response to a virtual meeting between US Ambassador to the United Nations Kelly Kraft and Taiwanese President Tsai Ing-wen. Chinese Foreign Ministry spokeswoman Hua Chunying made the remarks.

Following the mass arrests of pro-democracy militants on January 6, the outgoing US government announced sanctions against six senior officials from China and Hong Kong. To reporters, Hua Suning on Monday described the sanctions as “blatant interference” in internal affairs. He added that China would respond by imposing “mutual sanctions” on US officials, members of Congress, NGOs and their families.

Moreover, the dispute between the two countries over Taiwan is creating new Chinese sanctions. “In response to the misconduct of the Americans, China has decided to impose sanctions on American officials who act in a disgraceful manner and accept great responsibility,” he said. A spokesman did not release any details on what kind of sanctions are in place or which officials are being affected.

On Thursday, Taiwanese President Tsai Ing-wen held an online meeting with US Ambassador to the United Nations Kelly Croft. The Chinese government reiterated its opposition to all official contacts between Washington and Taiwan. Beijing sees Taiwan as a traitor province and seeks to isolate the country.