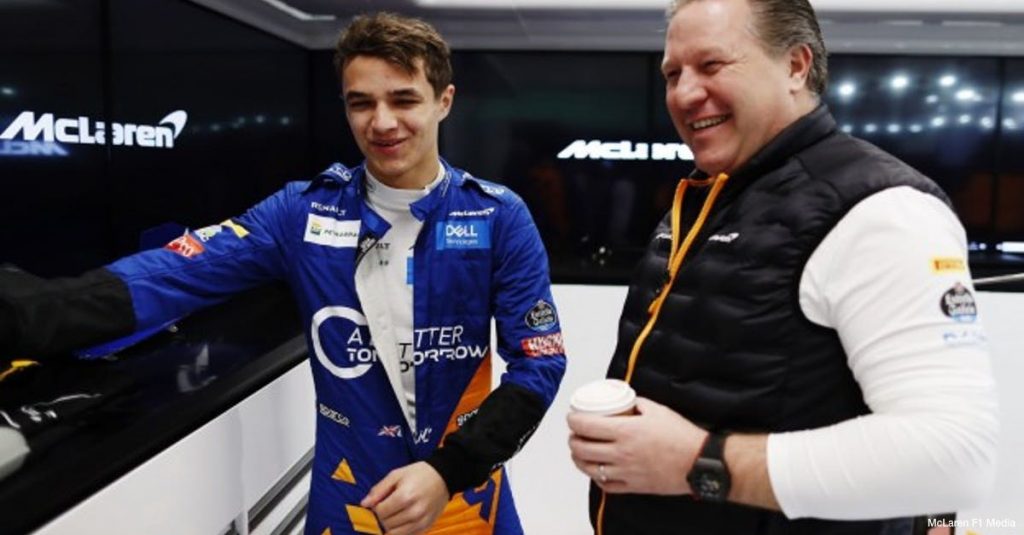 McLaren CEO Zak Brown sees Netflix documentary series Drive to survive has a strong effect in the United States. According to the McLaren boss, there has been a lot more interest in the sport in the country, so previous reports that a new audience is being exploited with the series appear to be correct.

Brown felt the special attention firsthand. He met TV host Michael Strahan in New York. “He came to see me in a restaurant. A very polite man who really loves McLaren as a brand. The first thing he said was, “Saw you on Netflix!” So I think the documentary has a positive effect, especially in the United States, ”says McLaren CEO Formel1.de.

According to Brown, the behind-the-scenes look is exactly what the audience needed. According to the American, the sport was mostly cut off from the world, which made it interesting at first. This is a big difference from other American motorsports like NASCAR and Indycar, which are mostly open to the public.

“People wanted to see exactly what was going on in Formula 1 for years. At first it was not possible. Now we’re opening the doors a bit and people are really amazed to see what’s going on in the paddock, ”Brown continues. For the CEO, the above is therefore a great added value for the sport.

New online activities are also having a positive effect on reach, according to Nielsen Sports. For example, next season the sport could reach a billion people in the coming season as well. According to the company, this is due to the online esports activities that have been launched in recent seasons, but also to the documentary.