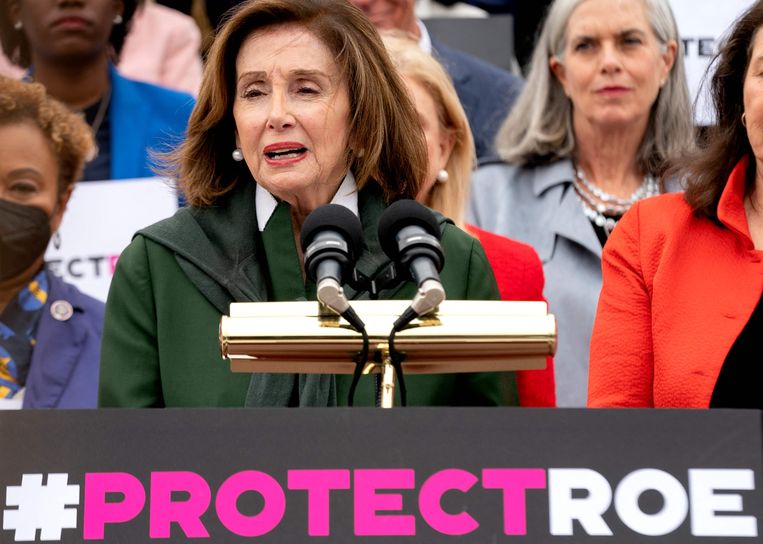 US House Speaker Nancy Pelosi has been banned from receiving Holy Communion in the San Francisco area because of her support for abortion rights. The city’s archbishop said in a letter published Friday.

Archbishop Salvatore Cordileone wants the Speaker of Parliament to withdraw her support for abortion rights or stop speaking publicly about her Catholic faith. If she does not, he refuses her communion. He also demands that she confess because of this “grave sin”. He thinks she is “endangering her own soul”.

Cordileone has already made this known to Pelosi several times, but finds that she has not answered his call. Elsewhere, he said he tried six times to get an appointment, but his staff either didn’t respond or told him she was too busy.

Cordileone is one of the most openly conservative American bishops. He has previously said that other Catholic politicians, such as President Joe Biden, should also be denied communion because of their support for abortion rights. But the bishops can determine it themselves in their diocese. And Biden’s bishop said he remains welcome for communion.

Holy Communion is the most important ritual in a Catholic celebration. The faithful receive a host blessed by the priest, a round slice of bread. By taking this, you experience oneness with God – and so it is considered a sacred moment.

Earlier this month, a draft Supreme Court ruling was leaked showing that a majority of conservative chief justices want to overturn a ruling nearly 50 years ago that established the right to abortion, the so-called Roe vs. Wade decision. If this becomes the final decision, US states will now be able to decide for themselves whether abortion is allowed.

Pelosi, a Catholic from California, has previously indicated that she is working on a law guaranteeing women’s right to abortion. His office has yet to respond to the Archbishop’s statements.

Read also :
Removing the right to abortion would change all of America

The Supreme Court seems to have turned women’s lives and the American political landscape upside down by removing the right to abortion. Five questions about a very controversial statement.