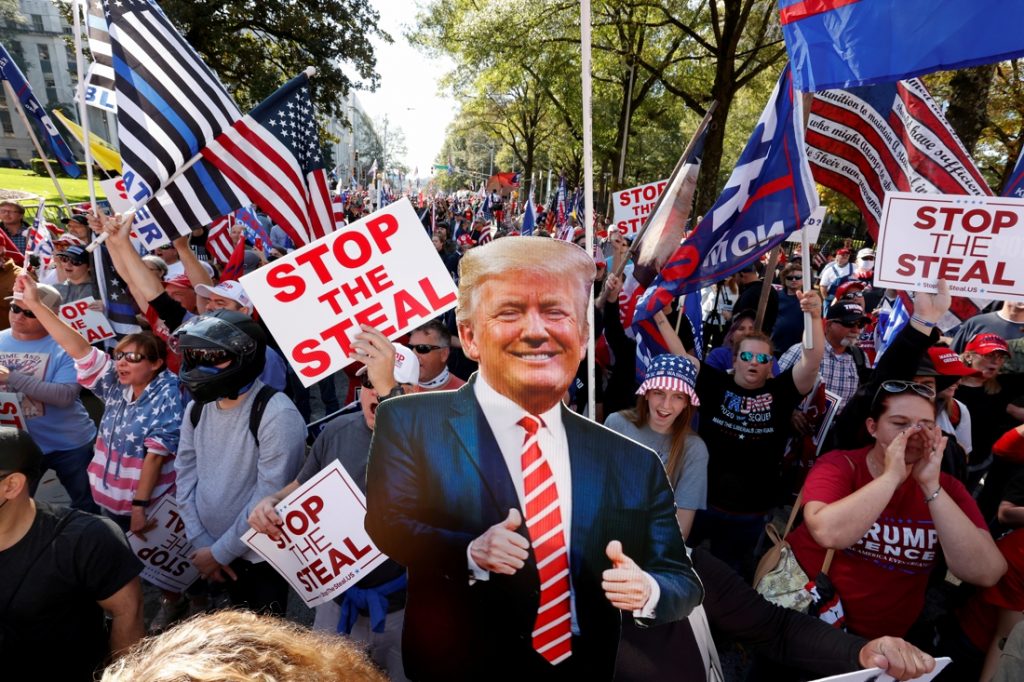 Strict election laws come in the wake of Trump’s allegations of mass fraud and a stolen election victory.
Photo: REUTERS

Hundreds of business representatives and celebrities signed a statement on Wednesday opposing discrimination in elections in the United States. They are doing it now that the Republicans are working on several bills that will change the organization of the elections.

“We must all feel responsible for defending electoral rights and opposing any legislation or measure that prevents voters from having a fair and equal chance to vote,” the text published as a newspaper ad said. from the New York Times and the Washington Post.

The initiative was started by former American Express CEO Kenneth Chenault and Merck CEO Kenneth Frazier, two African Americans. Both are mobilizing the business community following the passage of anti-electoral fraud legislation in the state of southern Georgia, for example by better verifying the identity of those who vote by mail and limiting the possibilities of voting. early voting. Critics say these Republican majority rules primarily limit African-American voters’ access to the ballot box, as they are less likely to have the now required identity documents and more often have jobs that do not give them the right to vote. flexibility to vote within specified hours. go vote.

The new law drew strong criticism and calls for a boycott were heard from the economic sector and the world of sport. For example, the North American baseball league MLB has announced that its final will no longer be held in Atlanta, the capital of Georgia. And actor Will Smith will not be shooting his next film on the history of slavery in the United States – as planned – in Georgia.

Several large companies in Georgia, such as Delta and Coca-Cola, have also received a lot of criticism for not initially talking about the legislation. Ultimately, business leaders expressed their disdain, which in turn led to criticism and calls for a boycott from a Republican perspective.

For example, former President Donald Trump called for a boycott of MLB and Coca-Cola, and Republican Minority Leader in the Senate, Mitch McConnell, called on companies not to get involved in politics, by especially when it comes to “very controversial subjects”.

READ ALSO. Trump and Republicans have a new enemy: Coca-Cola (+)

Georgia is one of the states that helped Joe Biden win his election last year, in part because historically high numbers of black voters turned out to vote. Trump claimed his victory was “stolen” by massive electoral fraud in Georgia, Michigan and Arizona, among others.

Similar legal texts are also in preparation in Arizona, Texas, Florida and Michigan.