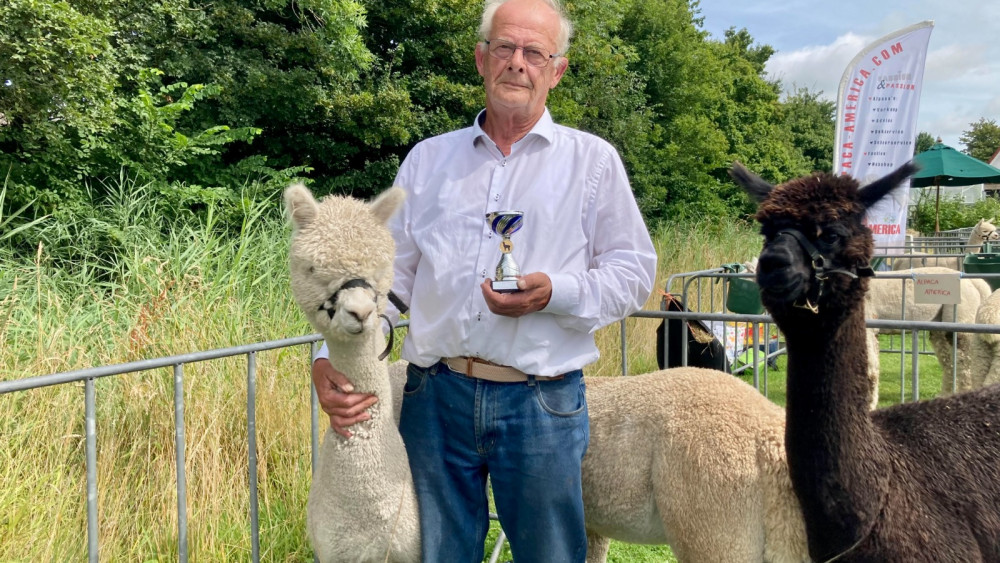 A striking scoop at the Opmeer Agricultural Show. Not only traditional animals such as cows and sheep can be found today. For the first time in 111 years the alpacas were also inspected during the farming event. Something that attracts a lot of attention.

According to organizer Thijmen Leegwater, the alpacas are expected to draw crowds. Together with his girlfriend Bianca Vriend from Schellinkhout, he takes care of the inspection. This year for the first time. A dozen participants from all over the Netherlands took part.

And it’s not without reason: animals from South America are on the rise. In addition, the breeder also benefits a lot. “That way they know where they stand,” says Leegwater.

About 50 alpacas were inspected today. “And whoever comes closest to the ideal will be the champion that day.” But what should you pay attention to? And when do you score well? “We look at the build and the appearance. Does the legs stay well balanced, does the tip of the tail stand straight. Also the teeth, eyes and ears should not be missing. Does it have a view clear. Are the ears clean, no inflammation?? A whole list of requirements.”

The alpacas are judged by German judge Robin Näsemann, a well-known face in animal husbandry. After the inspection, he chooses a top three – in a show ring. “An important part is the quality of the wool. But as they have already been shorn, this will not be the case again this year,” says Leegwater.

Together with his son Gert-Jan, he runs a family business located in Hoogkarspel. “It started as a hobby, but now we’ve been breeding alpacas for almost 23 years,” Gert-Jan laughs.

They started with a herd of four mares and a stallion from Peru. They now keep 40 alpacas – starting this year. “We are a pioneer, especially in North Holland. When we started an alpaca farm in 2000, we were the only ones. It’s different now.”

When asked what makes working with alpacas so fun, Gert-Jan doesn’t have to think twice. “They’re like chickens, they’re very curious and smart. And when they need to be fed, they’re brutal. They just grab the bucket from your hands.”

This is a message from the Joint West Frisian News Editor