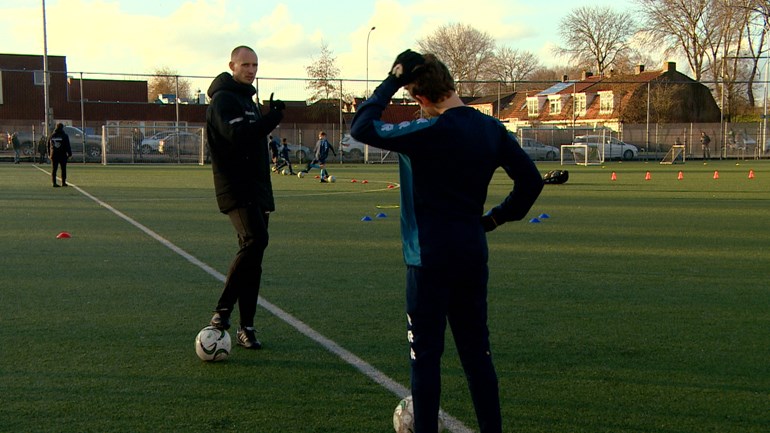 Van Leiden (31) more or less entered the coaching profession during his football career. “When I played ADO’20 in Heemskerk I graduated from UEFA B. Then I started to think about it.” He was also an assistant coach in youth football at JVOZ and Sparta Rotterdam. Now he is also a coach at Skills & Control football school.

Van Leiden has mapped out a route for himself. “I also want to get the UEFA A diploma, but then you have to have two years of experience as a head coach.” That’s why he thinks the time has come to start.

“Last year I also had a conversation with another club. Then it wasn’t so good with the football school. I was also going to America and it couldn’t be combined. Due of the crown, the plans have now changed. “

Van Leiden will take over from René de Nooijer at FC Dauwendaele next summer, who is leaving after four seasons. “Now it’s okay. It’s familiar territory. I started here when I was a boy of five to six.”

The coach’s adventure begins for Van Leiden in the 3rd Class A of Saturday football. “It’s an excellent level for me at the start and I have the ambition to make a step with FC Dauwendaele. It would be great.”

As a footballer, Van Leiden also started in the third division. Step by step, he reached the top of Zeeland amateur football. “The same course as a coach wouldn’t be wrong. I won’t be working in the second division in two years. As a footballer I have also done it step by step. It is good to build that slowly.”