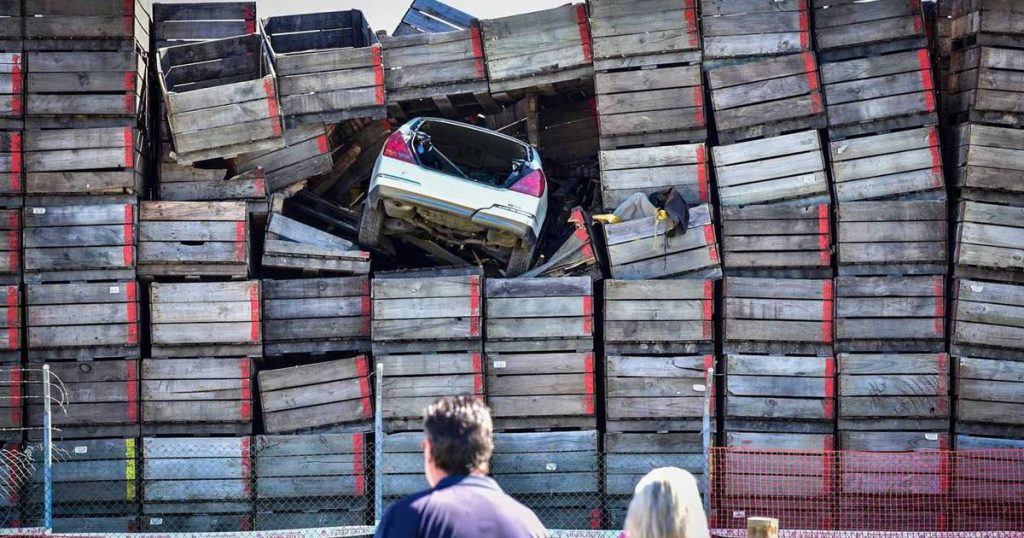 A car ended up ten meters high in a pile of crates in an orchard in New Zealand after the driver fled from police. During this attempted theft, the car was thrown through an embankment.

Police said the man’s car struck a pile of gravel at the base of the railroad tracks, after which the car flew through the air. The New Zealand Fire Department said the car landed in a pile of orchard crates about 10 meters above the ground.

Kristy Hall, a local resident, said she was watching television when she was surprised by a car “running” past her house on the railroad. “I immediately saw that he was going too fast to stop and I jumped out of bed,” she told the NZ Herald. “Before my feet hit the ground, I heard a slip for half a second and then a bang.”

According to Hall, the man had the lights off and clearly didn’t know the way, as he didn’t know it was a dead end. “He also reacted far too late once he found out.” The driver, a man in his 20s, was seriously injured and taken to Hawke’s Bay hospital. According to a spokesperson for the hospital, the man’s situation is stable.

Watch our videos on cars and mobility below: