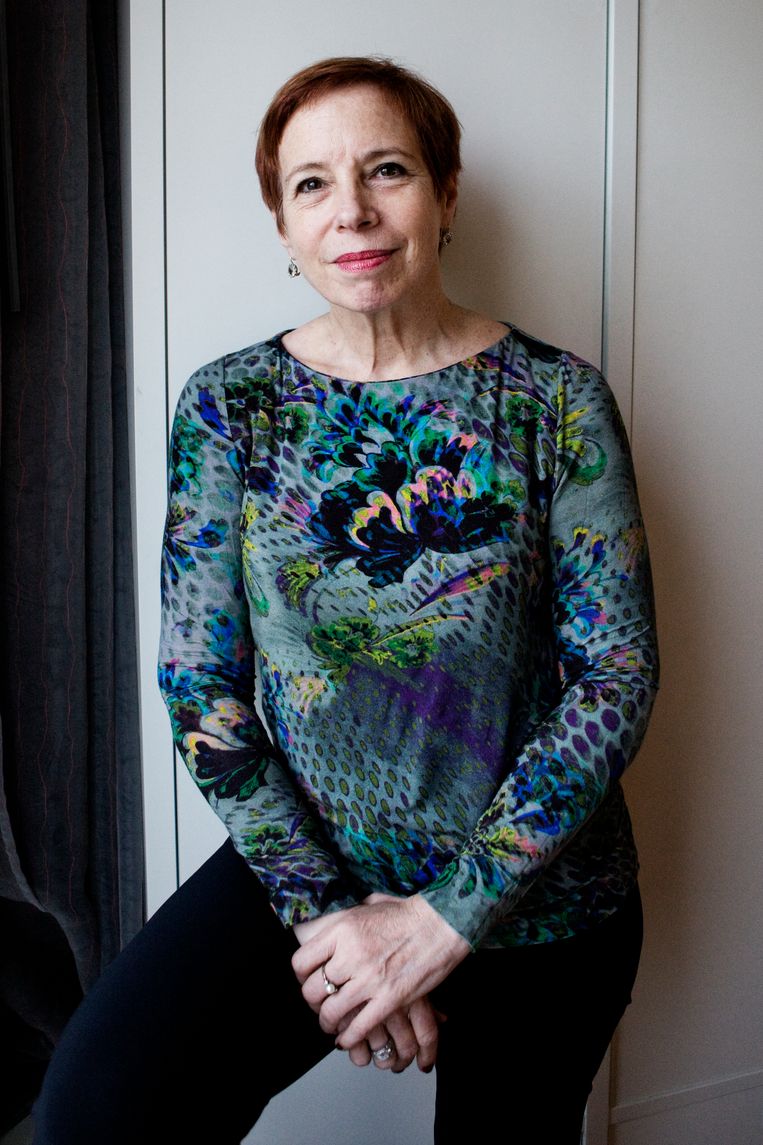 “US Specialist Laila Frank and I were in the TV studio at a John Adams event last night talking to a reporter from The Washington Post and former Chairman Michael Steele of the Republican National Committee on Georgia’s Senate Elections. As we spoke, footage appeared on CNN of Trump supporters taking matters into their own hands, smashing windows and entering the Capitol.

“One took place behind the desk of Nancy Pelosi, Speaker of the House of Representatives, another sat in the chair of Vice President Mike Pence. We have never experienced this before. It was amazing. There was great disbelief and utter astonishment in everyone present. It was unheard of.

“History was made in Georgia but also in Washington. It was the apotheosis towards which Trump had worked. He called for it. You would expect this in Uzbekistan or a similar country. But not in the United States. I am ashamed of this event. I have felt this shame for four years.

“It was a spontaneous and disorganized mess. It could have been a lot worse. On the opening day, authorities will need to pay more attention. Because Trump is not ready yet. It can go underground and cause us a lot more problems. He is a schemer and a saboteur.

“It is unimaginable that this has happened. Like watching a bad movie. He was fueled by Trump’s statements. It is hoped that many Republicans will finally turn against him.

“The image of the man in the office of Nancy Pelosi, Speaker of the House of Representatives, with his feet on the desk, shocked me, as did the breaking windows, the destruction of things in the Capitol and the images of the people who were kneeling in the Senate. And then this security man who opened the door himself to the angry crowd. Let this be a big warning for new President Biden.

“What did they really achieve with this action? Opposite. Everyone came back that evening to round off the vote. ”

“There is also a lot of shame. Everyone is screaming that America is a banana republic. He should be a leading figure in democracy. ”

“It’s now crossed fingers that it is otherwise peaceful. The next two weeks are precarious. We have to overcome this now.

“But also in the months and years that follow, it will be a complicated task to resolve the divisions in the country. I wish Joe Biden every success.

“Yesterday I saw the pictures on television. As they say: shocked but not surprised. Someone was talking about a coup aka a Klux Klan couple. This move was literally an attempt by Trump supporters, or rather terrorists, to stop sealing Biden’s profit.

“I always have a late response. Now a day later when I review the footage and compare it to previous Black Lives Matter protests where there were so many brutal arrests, I am amazed. When the Capitol was captured, almost nothing happened to stop it. The answer was, these are our types of people. It is true that four people were killed, but it could have been much worse.

“The Washington Post now calls for Trump’s impeachment. I want to see more responsibility from newspapers like The Washington Post in The New York Times. They have taken Trump seriously for a long time. And now say The post office this. We should have foreseen all of this much sooner.

“I hope we are now heading in the right direction. It couldn’t be worse than yesterday. Trump is now ready. The supporters are ready. Their leader is a soft ass. Hopefully Biden’s inauguration on January 20 goes off without a hitch and the ceremony can go off without incident outside the Capitol. And not somewhere in a bunker.

“I was really looking forward to January 6th. It was the last hurdle to overcome to formally nominate Biden as president. I was sitting in front of the television last night hoping to follow the debate. After a few minutes, I saw the assault on the Capitol. I was shocked. It has gone way too far. Friends and colleagues in the orchestra texted me: are you watching?

“The crowd was aggressive, completely mad and motivated by conspiratorial thinking. I knew something was going to happen on the sixth, but I didn’t see it get out of hand.

“It was a ridiculous idea to want to stop the process. Foolish and ashamed. The supporters had never done this alone but were inspired and prompted by Trump. He is responsible for what happened.

“Republicans have always kept their hands above his head. They made the wedding. The Republican Party should learn a lesson from this, but I doubt they will. ”

“It’s a great relief to me that Biden is now officially president. A big smile appeared on my face this morning. It’s a does the trick. “

“I am in contact with my family. They are also shocked. This is the grim result of the past four years. So sad for the United States. The storm paints a shameless and garish image of America when there is also so much good.

James Kennedy, professor of modern history from the Netherlands

“I was really upset by the events. You don’t want that to happen. It was shocking to see people smashing windows on the Capitol and waving the Confederate-flag, the symbol of the slave states of the southern United States. It shows the feeling. These Trump supporters don’t want anything to do with the multifaceted United States. Very primitive.

“Accused Trump is not my preference. The system is too heavy. It is not feasible. A better solution is to say that he is incapable and lost because of the 25th Amendment. Then the government will assume its responsibilities and Pence will be able to continue as president in the weeks to come.

“Trump has given everything with his action. The politicians in his party, the professional politicians, would rather see him go than come. This man should never return to power. He is monomaniac and focused on his own downfall and preventing it. He is also vengeful and can be very dangerous as a result.

“On the other hand, space is shrinking for him. The situation has changed in the past 24 hours: even conservative Republicans don’t want anything to do with him anymore.

Donald Trump digs his own grave. He is self-destructive, also for his dynasty. This is exactly where you want Trump. We don’t really need to do anything else. He will go down in history as a president who focused mainly on maintaining power and who understood nothing about democracy.