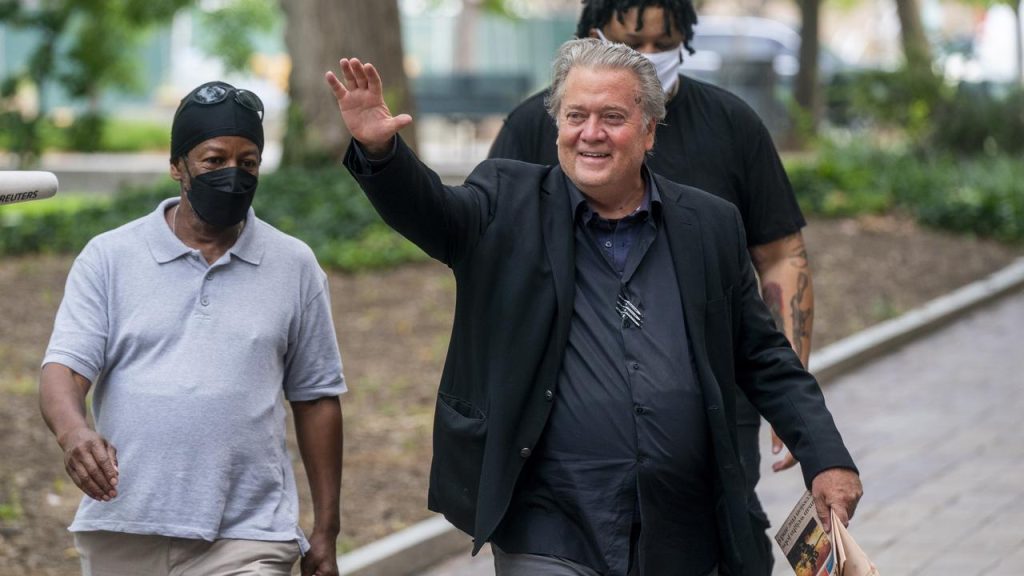 The criminal case against Steve Bannon began Tuesday in Washington, reports PA. Bannon is the former adviser to US President Donald Trump. He is charged with contempt of parliament for deliberately ignoring a congressional subpoena and publicly insulting the government.

He also refused to provide the court with the requested documents. Both counts carry a prison sentence of 30 days to one year.

Bannon has long refused to cooperate with the investigation into the seizure of the U.S. Capitol on Jan. 6, 2021. He invoked immunity that prevents the president’s advisers from speaking out on confidential matters.

Bannon’s attorney announced earlier this month that Trump had waived Bannon’s confidentiality obligation in a letter. Now Bannon is allowed to comment on events.

The Board of Inquiry considers Bannon an important witness, in part because he warned that “all hell will break loose” on January 6. He also spoke to Trump a day before the storming.

According to the prosecutor, Bannon may have information about possible ties between the White House and the Capitol Raiders. The trial continues on Wednesday.