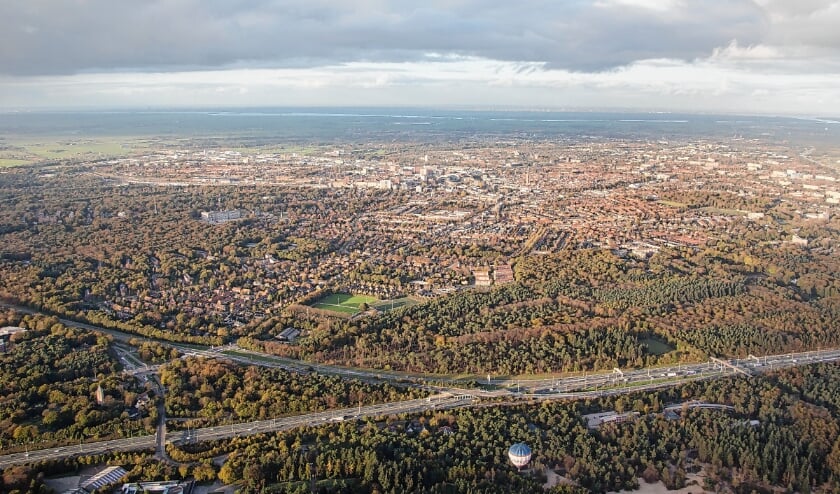 AMERSFOORT The board of directors of the Vereniging van Amersfoortse Bedrijven (VAB) is concerned about whether there will be enough room for the growth and continuity of existing businesses and the creation of new ones in Amersfoort and in the regional municipalities in coming years.

This space must be created in the environmental visions and related memoranda, which the province and municipalities are to prepare or have already adopted in the near future. The VAB is concerned because in the documents released to date on environmental visions, it is under discussion whether there is already relatively little information about the importance of a healthy business community. And if it’s already mentioned, it’s not in the first place. Moreover, according to the VAB, the views and figures of different authorities differ considerably. “It does not serve a healthy future for the regional business community.”

The province of Utrecht adopted its environmental vision on March 10, 2021. Since the entry into force of the environmental law has been postponed until next year, a provisional regulation has been adopted simultaneously to bridge this period. . With regard to industrial zones, the province has chosen to expand preferably by restructuring or intensifying existing sites. The choice to expand the existing area has not yet been made. This is one of the criticisms of the VAB. “Experience has shown that the need for an industrial zone cannot be solved by any means by restructuring or intensifying existing locations. Besides the fact that planning for new sites takes a long time, you quickly fall behind on the facts. “

AMERSFOORT REGION Last year, municipalities in the Amersfoort region commissioned Buck Consultants to investigate the need for an industrial zone for years to come. It has been calculated that 87 hectares of additional land will be needed in the Utrecht part of the region until 2030. At the moment, regional municipalities differ with the province on the extent of the need for expansion. In the recently developed “Regional Planning Framework for Living and Working” the province, bandwidth for an additional industrial area of ​​7 to 22 hectares is indicated for the Amersfoort region. The VAB finds it “incomprehensible that these starting points differ so much. It is essential that the authorities reach an agreement on this matter. Based on previous studies and numbers published in recent years, the VAB considers the figures for the Amersfoort region to be more realistic than those for the province.

MUNICIPALITY OF AMERSFOORT The VAB is involved in the development of the environmental vision in Amersfoort. The VAB recently responded to the first stage of the environmental report. It describes a number of possible development variants, one of which is ultimately chosen as the preferred variant. “What is striking about this, and which also concerns the VAB, is whether ‘work’ is sufficiently recognized as an essential factor in the various variants. While meeting the huge demand for housing and maintaining a healthy balance between home and work is an important starting point, it inextricably means inseparable growth in the number of jobs or an increase in activity in Amersfoort. In the opinion of the VAB, the workspace should not be treated as a stepson or a necessary evil, but as an essential precondition for the creation of a “city in balance”. “

The VAB advised the municipality to adopt this principle more categorically.