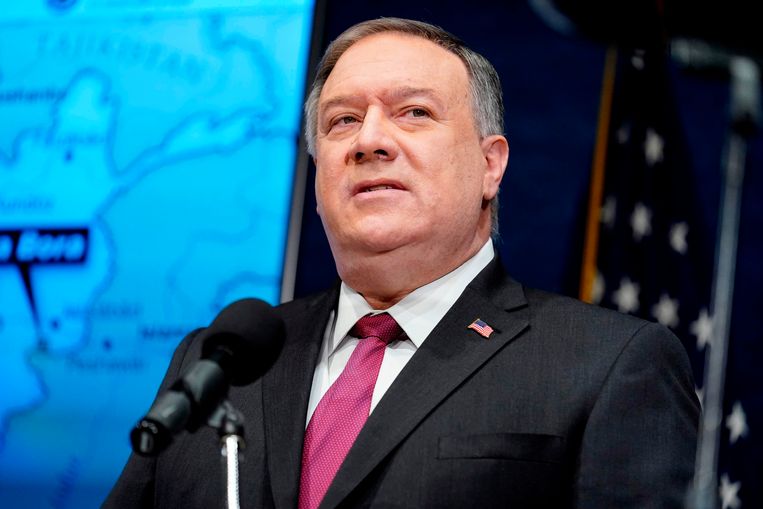 The minister says China’s rulers are committing crimes against humanity and genocide in the western region of Xinjiang. They will run against the Uyghurs, but also against other minorities.

Pompeo said the Chinese move was an insult to the Chinese people and civilized nations around the world. He warned of the consequences of Chinese influence in the independent world. He says China and the communist regime must be held accountable. He warned that if the Communist Party of China was allowed to commit genocide and crimes against humanity against its own people, it could be encouraged to do something “in the not-too-distant future” of a free world.

The ministers urged all international organizations, including the courts, to bring lawsuits against China’s actions against Uyghurs. He expressed hope that the United States would continue to increase pressure.

Pompeo has been working under Republican President Trump, who will come after Democrat Biden on Wednesday. In the next presidential election campaign, the treatment of the Uyghurs was described as genocide. Biden also announced a greater focus on human rights. Accordingly, observers argue that, unlike the outgoing minister’s many recent moves, the new Biden government may welcome Pompeo’s statement.

Human rights groups say at least one million Uyghurs and other Turkish-speaking Muslims are being held in camps in Xinjiang. Witnesses and activists say China is trying to forcibly integrate Uyghurs by abolishing Islamic practices, including forcing Muslims to eat pork and drink alcohol, which is prohibited by their beliefs.

China vehemently denies it. Beijing says the camps are training centers aimed at reducing the appeal of Islamic extremism.

Forced labor is more common in Xinjiang than expected. According to a report on cotton production in the Chinese region, at least 570,000 compulsory cotton pickers will be involved.