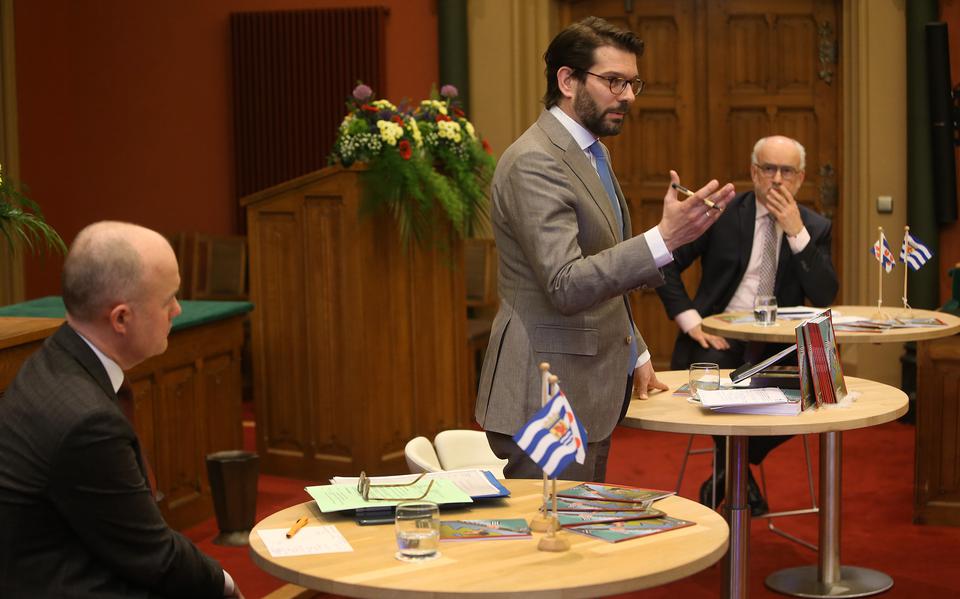 The Interior Ministry wants to launch an experiment with Fryslân and Zeeland to give more weight to the two provincial authorities. It would be a novelty in administrative history.

“We like it,” Anneloes Kroeskamp, ​​director of administration, finance and regions of the ministry, said Thursday when presenting an essay on administrative renewal in Leeuwarden.

The Netherlands is full of common regulations. This created a reasonably uncontrollable administrative layer. Fryslân and Zeeland are ideal in terms of size and nature to deal with this; here more tasks could be transferred to the provincial government. This also applies to “The Hague” topics such as housing, energy and peat meadows.

Scientific essay: “ This is how it can be done ”

Professor Caspar van den Berg (Campus Fryslân) and Dr Herman Lelieveldt of University College Roosevelt in Middelburg have written a scientific essay on this subject entitled “This is how it is possible”. They said they wanted to throw a stone in the pond.

Supervisors Arno Brok and Han Polman van Zeeland received the booklet. They were reluctant to implement it. Discussions about structural renovation often end in the gravel pit, warned Fred Veenstra, president of the Frisian municipalities.

“It is obvious to go further”

So it was a big surprise to everyone when the director of the ministry, who was present via an internet connection, immediately adopted the plan. The idea fits in with current plans for administrative reform, Kroeskamp said. “It makes sense to go further.”

Kroeskamp spoke of an “administrative arrangement” for Fryslân and Zeeland. Home Affairs takes the lead. The ministry will find out exactly what it means if more issues are dealt with provincially here.

The dominant culture of good governance

In their essay, scientists Van den Berg and Lelieveldt speak of “the emancipation of the periphery”. They turned to Italy, where, at the end of the 1970s, important powers were transferred to a new regional administration. In the northern regions like Lombardy or Emilia Romagna it worked very well, in the southern regions less.

Success has nothing to do with wealth, but everything to do with the dominant culture of good governance: standards, good networks and social trust. Van den Berg and Lelieveldt see parallels with Fryslân and Zeeland, where administrative lines are short and society is tight-knit.

Scientists want to free the two provinces “from the labyrinth of administrative arrangements and give them the same leadership role that the Italian regions acquired at the end of the 1970s”. It’s not surprising, they say. There are also differences in autonomy between regions in Spain (Catalonia, Basque Country), as in the United Kingdom (Scotland, Wales).

The new system is woven simultaneously with “the instrumental thought of The Hague with regard to the periphery”. Simply put: the outskirts are just a little different in The Hague. This fuels discontent and creates inequalities. More voices in the region can counter this.