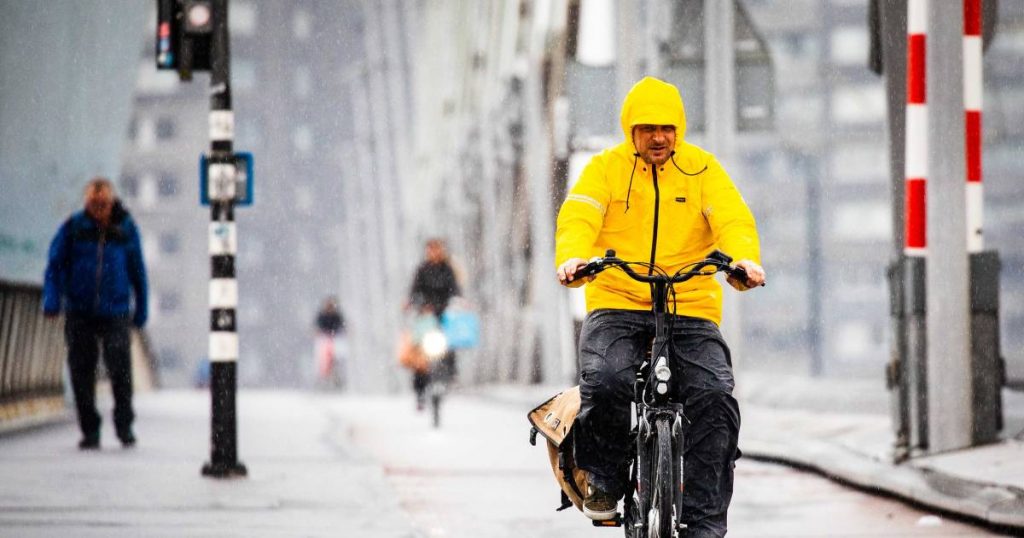 Chances are, you will need to remove your umbrella this weekend. The weather will be changeable this weekend, with a bit of sun here and there. This reports the meteorological agency Weather Plaza.

“This weekend we often have showers,” says Raymond Klaassen of Weerplaza. “Saturday in particular looks quite dark, with little room for the sun.” We owe the changing weather conditions to areas of low pressure that migrate to our country from the ocean. “There is currently no room for calm spring weather. We need a powerful zone of high pressure for this, and there is not.”

On Saturday we will have to face the rain, especially in the afternoon and evening. “There are a lot of clouds present, so the sun doesn’t have a lot of space,” Klaassen said. “The temperature is about 14 degrees in the morning. When the showers fall, the temperature will drop further. The wind is blowing from the southwest and is rather moderate.”

On Sunday, the sun breaks through more often. “Nevertheless, there are some showers present and they will only increase during the day”, explains the meteorologist. “There is also a risk of hail and thunderstorms.” The best weather can be expected in coastal areas. “There is more room for the sun and the least amount of rain.”

For the rest of the week, Klaassen expects the weather to change little, but that doesn’t mean we’ll just be wet. “There are certainly beautiful times between the showers.”

Due to changing weather conditions since last summer, the drought of recent years is almost over. In many places the groundwater level has returned to normal and the precipitation deficit is also lower than usual. In the coming period, there will be a daily risk of downpours, so there is no severe drought at the moment. Who reports the weather office Weeronline.nl.

The severe drought in 2018 and regionally in 2019 and 2020 also resulted in particularly low groundwater levels in the east and south. In the past six months, so much rain has fallen that groundwater has returned to normal in many places. Especially the months of October and December 2020 and January of this year have been soaked. May has also been wet so far. In the first two weeks of this month, rain fell on average for almost a month in the Netherlands. About 40 millimeters fell, against the usual 56 in a whole month of May.

Due to the heavy rains, there is no longer a severe drought. In many places in the Achterhoek the groundwater level is even higher than normal. In Brabant and Limburg, the groundwater level is roughly normal for the time of year. It is only in a few places on the high sandy soils along the border with Belgium that the groundwater is lower than usual. Fields are dry in various places to the south and east. This is because the top layer of sand dries very quickly due to the strong sun. It suffices to dry a few days for the sand to drift again. Deeper in the soil, the soil is still wet. Since there will be regular rains in the coming period, enough water will remain available in most places for plant growth.