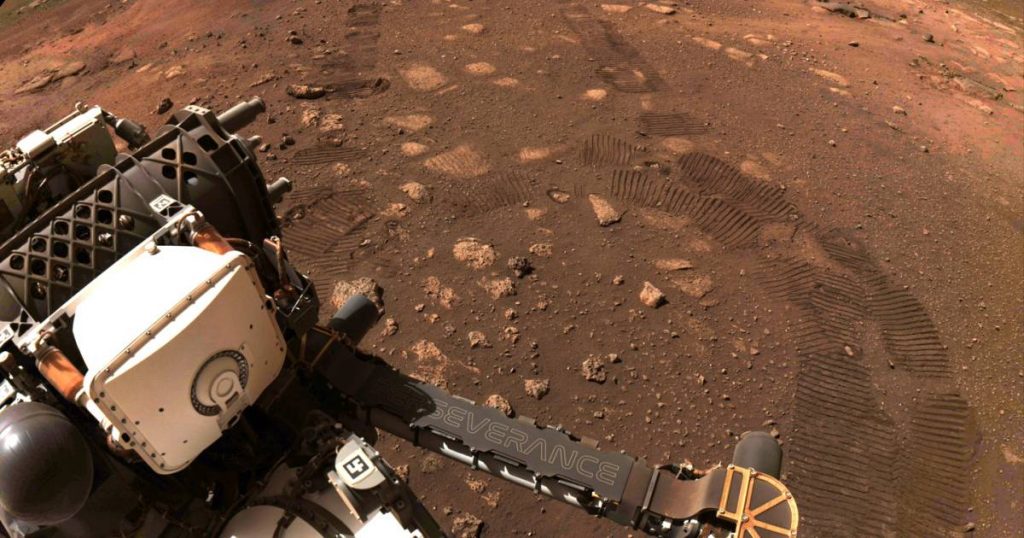 The robotic jeep was piloted from NASA’s Jet Propulsion Laboratory (JPL) near Los Angeles. After traveling four meters, Perseverance turned to the left, then backed up about 2.5 meters. In doing so, Perseverance took a photo showing the group’s imprint on the crust of Mars.

Overall, the Jeep Mars, which is roughly the same size as an SUV, covered 6.5 meters in 33 minutes. Perseverance must, among other things, investigate stones and soil. He is able to walk about 200 meters per day.

“Our first leg went incredibly well. You can see the tire marks we left on Mars. I don’t think I’ve ever been so lucky to see tire tracks, and I’ve seen a lot of them, ” JPL engineer Anais Zarifian said on NASA’s Twitter account. NASA’s JPL has built persistence.

Perseverance arrived on Mars on February 18, after flying 203 days and 472 million kilometers in space. The vehicle landed in Jezero Crater, a parched lake. The next two years, there will be a search for traces of previous microbiological life.

Elsewhere on Mars, the predecessor Curiosity is still circulating. He landed on the planet in 2012.