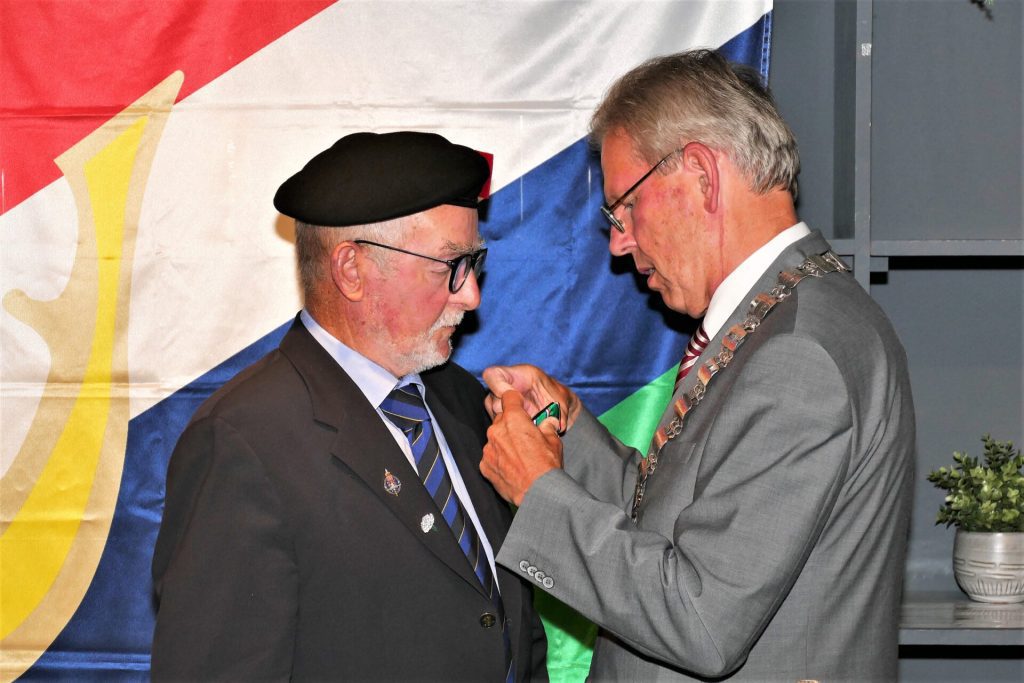 Many veterans have come to Spijkerman Eten en Drinken with impressive awards on their chests that tell the stories of the battle they fought at home and abroad. While those days are over for most veterans, it’s important to be able to talk about them with other veterans at the Veterans Café.

Peter Stiphout, President of the Purmerend Veterans Foundation opened the meeting in a military manner; short and sweet. His thanks go to Mayor Bijl for his involvement in the foundation, of which he was the sponsor for more than ten years. As a thank you, the mayor received a photo book, in which an overview of the activities of the foundation in recent years.

Mayor Don Bijl stressed in a moving speech the importance of dealing with people who fought for freedom. There is also a personal connection for the mayor. “Born in New Zealand, we were regularly reminded at school that we owe our freedom to these men. After I came to the Netherlands at the age of twelve, it turned out that there was a different way of treating veterans here, and partly because of that, I made an effort to change that.During the annual Veterans Day at I spoke to many people and heard their moving stories. It’s great that something like this is possible in Purmerend and I thought it was an honor to be a patron and I hope the town council will continue to support veterans.”

There was a special moment for eighty-year-old veteran Theo Pronk. Upon their return from New Guinea, the soldiers received a memorial cross, but things turned sour for Theo. It is no longer possible to determine exactly how this happened, but to the great surprise, Theo was still pinned with the New Guinea Memorial Cross by Mayor Don Bijl.