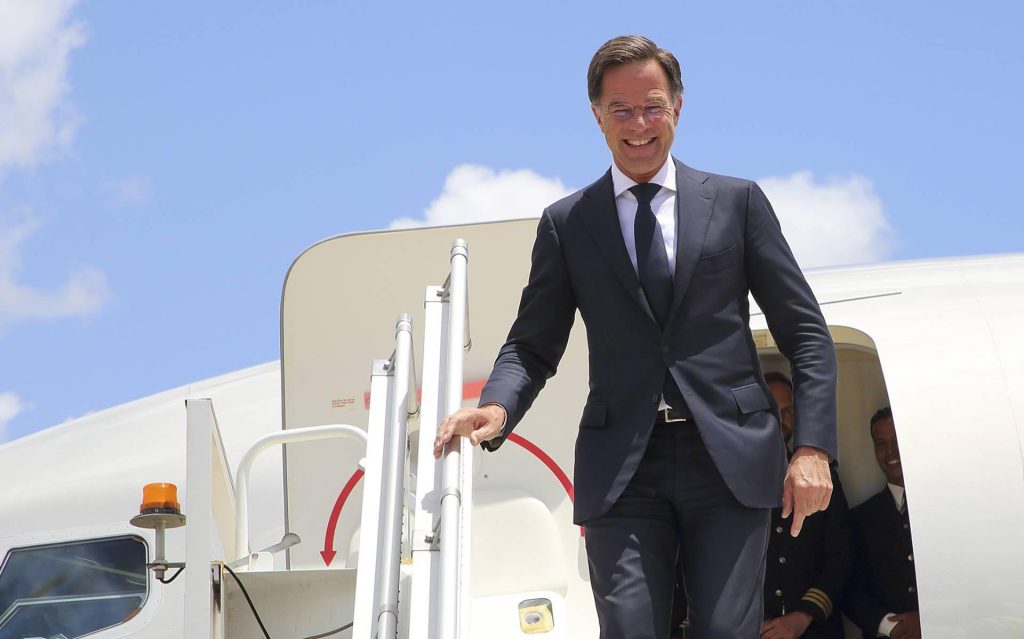 Apologies for the slavery and colonial past, difficulty in granting visas to Surinamese, the state pension gap and archives from the eighties that have yet to be made public. These were some of the topics discussed by Suriname President San Santos and Prime Minister Rutte and their advisers on Monday at the Presidential Palace in Paramaribo.

Rutte arrived in Suriname on a government plane on Monday afternoon along with eighteen Dutch companies. Minister Liesje Schreinemacher (Foreign Trade and Development Cooperation) was already in Suriname. He had already arrived last night after traveling with Queen Máxima in America.

A recurring theme during speeches and press conferences was the importance of a well-developed business community. Santoghee and Rutte have pledged to give Suriname a boost in international rankings of countries where companies can do business the easier they can do business.

Asked by a journalist what Rutte thought of former President Desi Bouterse’s comment a few days ago that Rutte “is good to talk”, the Dutch Prime Minister responded laconically. “Politicians are not universally loved, and you don’t always get what you want.”

Rutte will continue her visit on Tuesday with a speech at Suriname’s parliament. Later in the day he will talk about slavery and reparations.