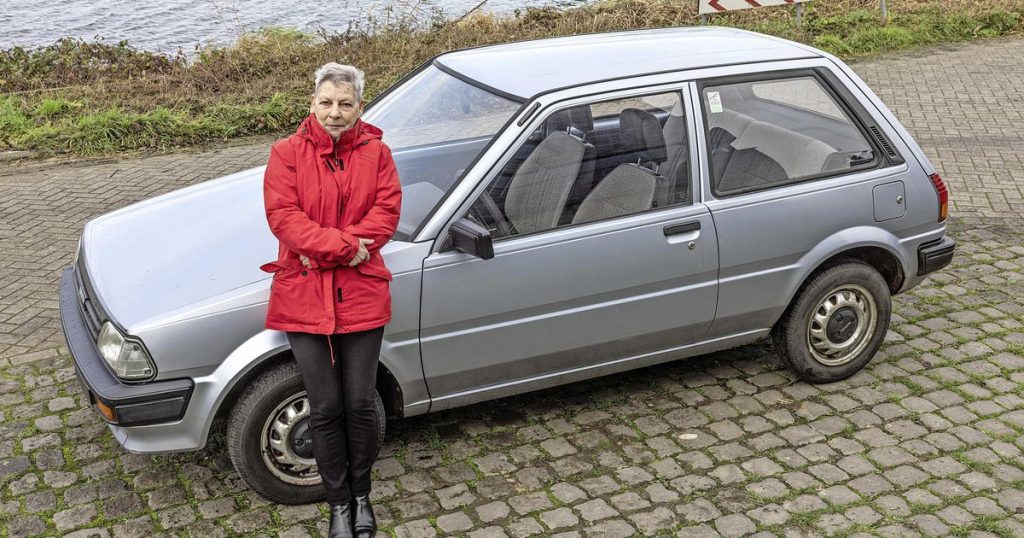 Valued where the: Irreplaceable

“We bought the Toyota from people who were going to emigrate to New Zealand. At that time he was one year old. I didn’t expect to keep the car that long, but in 32 years we’ve never had a reason to get rid of it. The odometer is 160,000 kilometers and it is still working.

Well, we’ve had roadside assistance twice. The first time I left the keys in the car. De Wegenwachter drove a brand new Toyota running on hydrogen. Good, but I wouldn’t trade the Starlet for that. The second time it was because of a dead battery. The Roadman said, “What a beautiful car, I can fix it with nail scissors!”

Years ago, when the new European license plates arrived, the garage ordered new license plates over the phone. A little later, I parked at the station. When I returned, the car was no longer there. Stolen, I thought. It turned out that it had been confiscated due to forged number plates … Something had gone wrong with the order, as the new number plates had a D instead of a P.

For everyday use we have a large modern car. We just keep the Toyota with it. A nice car. No air conditioning or power steering, but the heater is fantastic and the narrow tires make parking effortless. We’ve had the Starlet for so long that it’s officially become a classic car. It really is my favorite. It is regularly washed, brushed and cuddled.