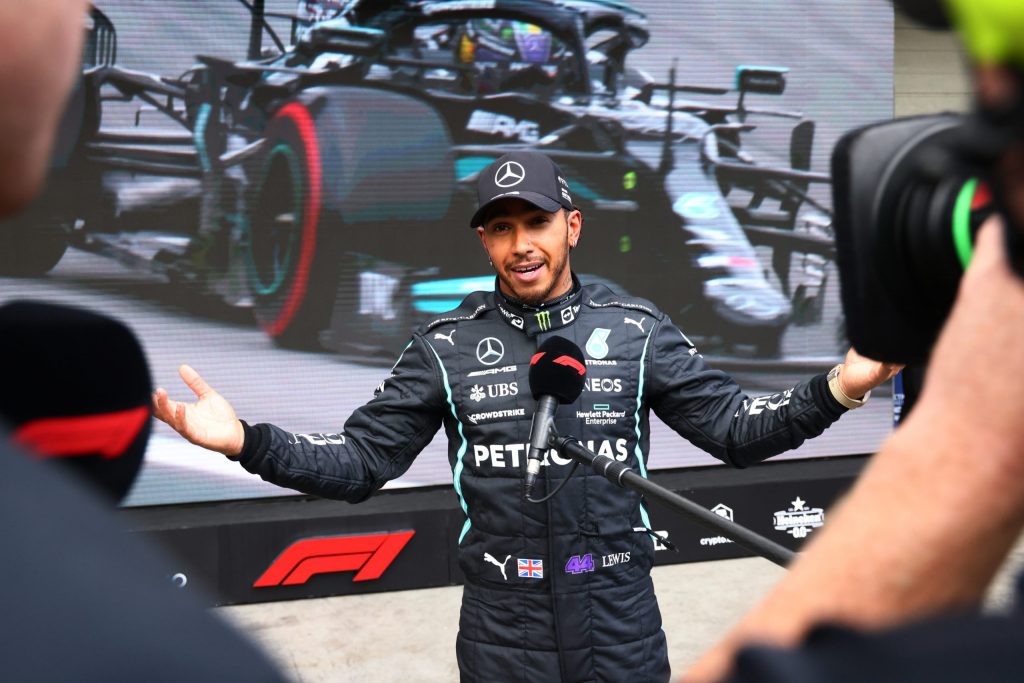 Lewis Hamilton was removed from the final qualifying standings in Brazil after his DRS system failed to meet technical regulations on Friday. With this, the Briton loses his first starting place for the sprint qualifying at Interlagos this afternoon and has to start the race from behind or even from the pits.

Hamilton was by far the fastest in qualifying to determine the starting order for the sprint qualifying. With a margin of four tenths over Max Verstappen, the Briton could be called the fastest and received the Speed ​​King Award. Shortly after qualifying it became clear that the FIA ​​was calling on Hamilton and Mercedes. The DRS system of his Mercedes would not have respected the technical regulations.

The space between the bottom and top of the DRS should be a minimum of 10 mm and a maximum of 85 mm. Jo Bauer, the FIA ​​technical delegate, determined yesterday that the space was larger than expected and decided to report the incident to the stewards. With a wider DRS, a car logically generates even less drag, which translates into a higher top speed.

Read also: Going to Mercedes is not a shock for Verstappen: “To have more power with a new engine”

The stewards have now decided that the DRS system is indeed not in compliance with the regulations. As a result, Hamilton was disqualified and his qualifying time was withdrawn. He must therefore start from behind during the sprint qualifications or the pits.

Catch-up race on Saturday and Sunday
A big blow for Hamilton because he also has to take a penalty of five places on the grid for Sunday’s race after an engine change. A possible catch-up race this afternoon will therefore be partly or totally canceled with these five places. It is not yet known how it is possible that the space is bigger than yesterday. The rear wing of his teammate Valtteri Bottas just passed the inspection yesterday.

This is of course also bad news for Hamilton for the championship battle. He is already nineteen points behind and Verstappen could take a good step towards his first title by winning twice in Brazil, which gives him a maximum of 29 points (three points for the victory in sprint qualification, 25 points for victory in the race and bonus point for best lap).