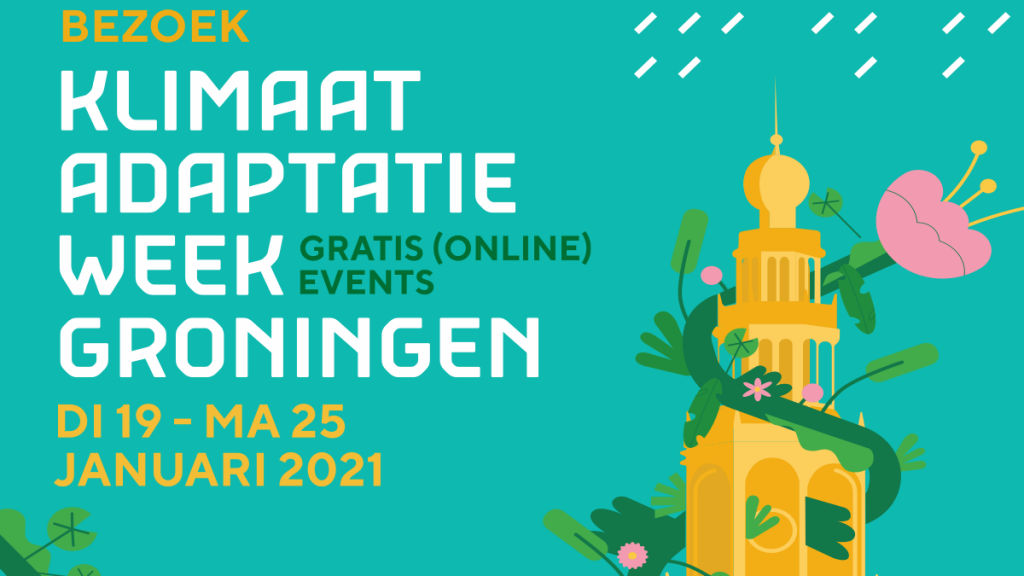 Address and adapt. This is the motto of Groningen Climate Adaptation Week, which lasts until January 25. The focal point of the online festival will be this Friday, including the presentation of a scientific statement by Nobel Prize winners and an international conference for young people.

This event is the prelude to the 2021 Climate Adaptation Summit on January 25-26, hosted by the Netherlands. Various government leaders and other important figures are participating in this online climate summit. In view of this, there are all kinds of virtual activities for young and old during the Climate Adaptation Week in Groningen, such as lectures, lectures, greening actions and activities for children. The Groningen branch of the Global Center on Adaptation is one of the organizers.

The week started today. Nine landscape architects from the Netherlands and abroad presented climate-appropriate solutions for the special landscape of Groningen. Their creations can be seen in the Sponsland virtual exhibition. The next two days will include a seminar on climate adaptation on the Wadden Coast, the Water Café and the board game De Distorende Minions.

Declaration of the Nobel Prize winners
On Friday January 22, there will be a virtual ceremony with the five Nobel Laureates Tawakkol Karman, Christopher Pissarides, Brian Schmidt, Joseph Stiglitz and Donna Strickland. On behalf of the global scientific community, they present a scientific statement on the urgency of climate adaptation. There will also be an event where the lead authors of the UN climate panel, the IPCC, will explain what solutions science is proposing to deal with climate change. In addition, the State and Trends in Adaptation 2020 report of the Global Commission on Adaptation (GCA) will be launched.

This Friday there will also be the Open University on Climate Adaptation, where lecturers, lecturers and professors will share their knowledge for five hours, and the Youth for Climate Adaptation conference. Guests at this conference are footballer Arjen Robben, Minister Cora van Nieuwenhuizen for Infrastructure and Water Management and GCA President Ban Ki-moon. Young people around the world will call for action with the Adapt for our Future declaration.

Children’s program for green actors
On the following days there are a few other activities, like the Kids Green Action for the Earth Saturday program and the So Wat Gaan Wij Doen festival. It is also possible for a week to walk a special audio tour on climate adaptation in the city center of Groningen. Participation in activities during Climate Adaptation Week is free.