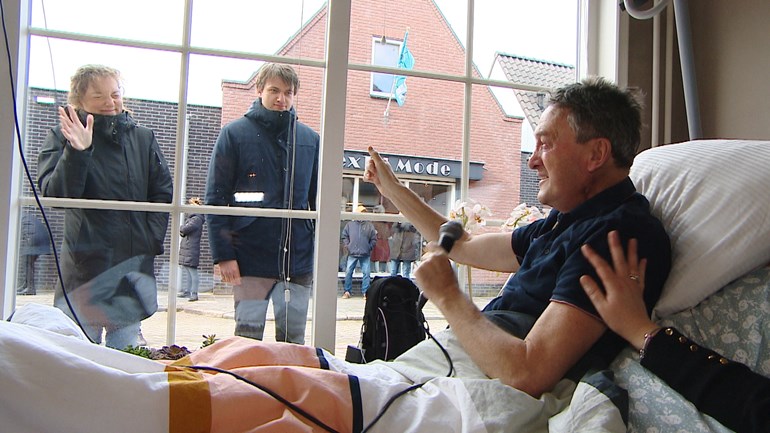 In the morning, around thirty cyclists gather for a journey of around seven kilometers from the Watersnoodmuseum in Ouwerkerk to Oosterland, the home of Van der Laan. In the village there are still a few walkers who want to greet Van der Laan. In addition, knowledge of the Zeeland sports world and colleagues from Omroep Zeeland and the municipality of Schouwen-Duiveland.

“This is a special trip for a special person,” says Eddie Bogaert of ‘s-Gravenpolder, one of the participants. “I met Joop for the first time as president of the ZLM Tour (cycle race, editor’s note). He helped us with a very nice arrival at the port of Zierikzee. It was the first meeting with Joop.”

Van der Laan, as a reporter for Omroep Zeeland, also had to deal with Bogaert during the Ride For The Roses cycling event. “We both have cancer. It creates a bond, strange as it sounds. It led to a warm contact,” Bogaert says.

Due to the crown, it was not possible for the participants to visit Van der Laan in depth. The journalist was forced to follow the visit from his bed in the living room, but could still speak to his visitors via a microphone. They were standing outside by the window to greet him.

Van der Laan appreciated all the attention. “It fits the picture for the last few weeks. I got so much support. So much mail, flowers and messages. It’s awesome!”