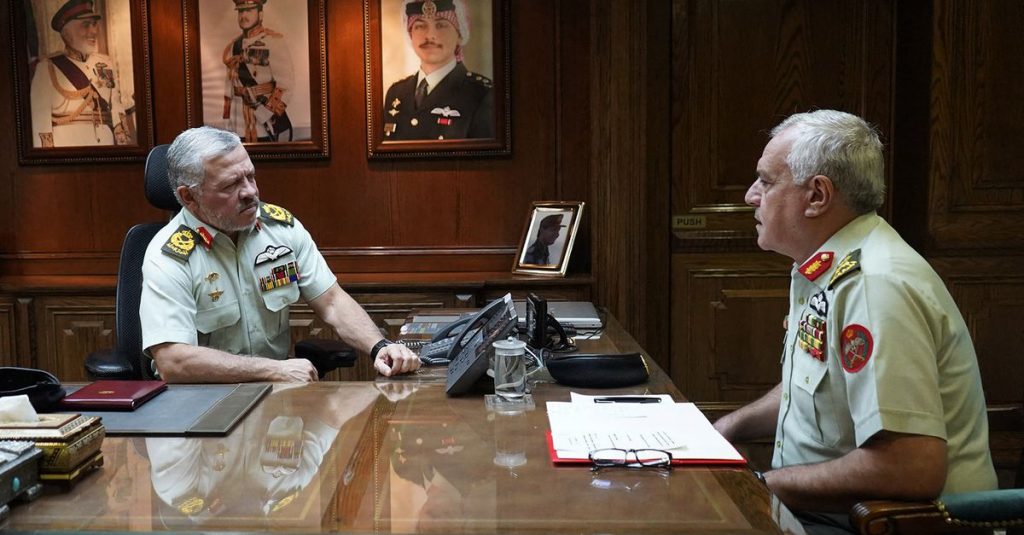 Prince Hamza bin Hussein, the half-brother of King Abdullah II, has been ordered by Jordanian military to suspend operations that endanger the country’s “security and stability.” The military statement, released by the state news agency, linked the security investigation to a possible plot to destabilize the country. International news organizations report this.

Former Crown Prince Hamza, who lost that title in 2004, is a Saturday Video message He said he is under house arrest. In a BBC report, he accused the country’s authorities of incompetence and corruption. These developments expose a rare conflict within the ruling monarchy of Jordan, a close ally of the West.

Prince Hamza’s news came following reports by Jordanian state news agency Petra that two Jordanian news officials and other suspects had been arrested by Jordanian authorities “for security reasons”. These include the former minister, an important member of the royal family and a few others. Authorities have denied arresting Prince Hamza.

In the video, which the BBC claims to have received from Hamza’s lawyer, the prince claims to have received a visit from the army commander on Saturday morning, saying he was not allowed to go out or interact with others. Hamza says his security has been removed and his phone and internet have been disconnected. The prince says he was punished for attending meetings where the king was criticized – even though he said he was not charged with participating in those criticisms.

“He is not part of any conspiracy or foreign-backed group,” Hamza said in the message, “as someone always says here,” and condemned the regime. “The well-being of the Jordanians comes second to a power system that has decided that its personal interests, financial interests, the lives and dignity of the ten million people who live here and its corruption are more important than the future,” the prince said. …

Earlier on Saturday, General Youssef Houniti, the commander-in-chief of the Jordanian Armed Forces, denied that Hamza was among those arrested. Hunaiti said the investigation into the security incident and the detainees was ongoing and would be made public in a “transparent and clear format”. “No one is above the law. Jordan’s security and stability are paramount.”

Hamza was the crown prince for more than four years until King Abdullah, who had absolute power in the country, overthrew him. In 2009, Abdullah’s eldest son, Hussein bin Abdullah, was given the title of heir.

The United States and the Arab world support Abdullah

The United States and significant Middle Eastern countries have backed King Abdullah in response to Jordan’s advances. A U.S. State Department spokesman called him a “key partner of the United States” and said “he has our full support.” Countries such as Saudi Arabia, Egypt, Lebanon, the United Arab Emirates and the Arab League also expressed support.