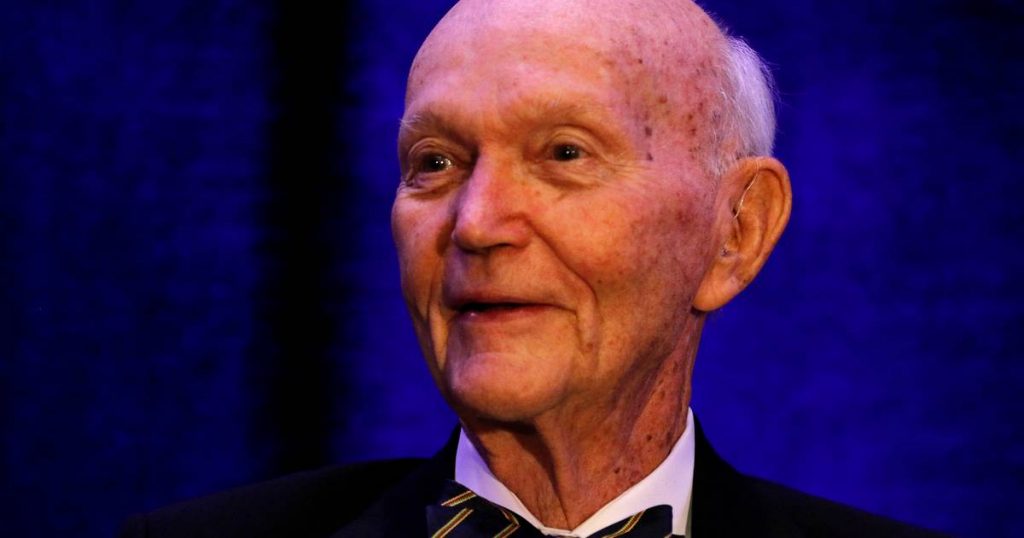 Former US astronaut Michael Collins died of cancer Wednesday at the age of 90, his family reports. Collins was a member of the crew of the historic Apollo 11 flight, which made the first manned moon landing.

Commander Neil Armstrong and fellow astronaut Buzz Aldrin set foot on the moon on July 20, 1969, after leaving Cape Canaveral, Florida. Collins had to wait in orbit around the moon while his two colleagues descended. This is why he is sometimes called “the forgotten astronaut”.

Hundreds of millions of people around the world saw on the tube that Armstrong was the first human to enter the moon. “One small step for man, one big step for mankind,” he said. Armstrong and Aldrin spent a few hours on the moon. On July 24, the capsule plunged into the Pacific with them and Collins. After welcoming a hero to their own country, they traveled around the world.

Armstrong died in 2012 at the age of 82. Collins said at the time that he would miss Armstrong very much. Aldrin is 91 years old and lives in the United States.

Collins’ family “will be remembered for his quick wit, but also for his calm sense of duty and the wisdom gaze acquired by looking at Earth from space but also by observing the calm water from his fishing boat,” said he in a press release. “Mike has always faced life’s challenges with grace and humility, just like his latest challenge,” his family said. “We will miss him terribly. But we also know how happy Mike was with the life he lived.

Born in Rome on October 31, 1930 to a diplomatic father, Collins became a test pilot for the US Army. Collins made his first trip to space in 1966. His second and last space flight was that of Apollo 11. His strongest memory of this was looking at Earth, which he said seemed “fragile.” In his own words, he was not bitter as he was the only Apollo 11 crew member who did not set foot on the moon. After his career as an astronaut, Collins also wrote several books on space travel.

President Joe Biden remembers Collins’ time in the Air Force and NASA, his work for the State Department, and his “leadership” at the Smithsonian National Air and Space Museum. Collins, without gaining the fame that came to Armstrong and Aldrin, was an “equal partner who reminded our country of the importance of working together to achieve great goals,” Biden said in a statement.