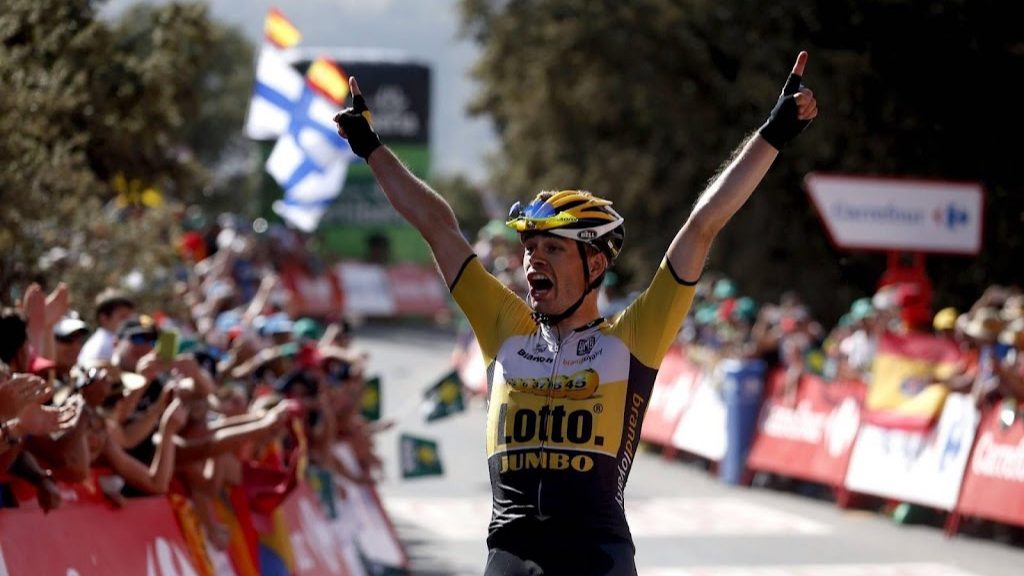 Cyclist Bert-Jan Lindeman will start the Tour of Spain with the Qhubeka team on Saturday. The 32-year-old cyclist is taking part in the Vuelta for the fifth time. In 2015, he won a stage in the LottoNL-Jumbo jersey.

Italian Fabio Aru and Colombian Sergio Henao are the leaders in Qhubeka, where future leader Domenico Pozzovivo cannot take the start due to a fall in the Tour of Burgos and a knee injury. Besides Lindeman, Belgians Dimitri Claeys and Sander Armée, Australia’s Dylan Sunderland and New Zealand rookie Connor Brown will also support the leaders. With the South African Reinardt Janse van Rensburg, the team wants to compete in the massive sprints.

Aru is looking forward to his sixth participation in the Vuelta. “I have very good memories here”, confides the Italian. “I raced my first Vuelta in 2014. I won two stages and finished fifth in the standings. I competed with champions like Alberto Contador and Alejandro Valverde. In 2015 I won the Vuelta and it was fantastic, it changed my life. ” The Italian has had difficult seasons but recently placed second in the Sibiu Cycling Tour and Tour de Burgos standings.