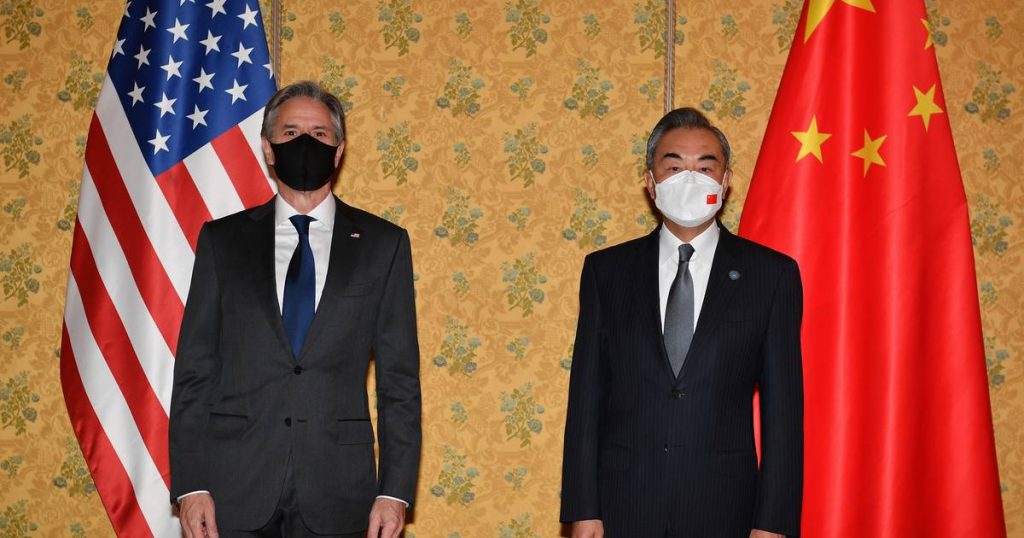 During a meeting with US Secretary of State Anthony Bling, Chinese Foreign Minister Wang Yi accused the United States of “irresponsible interference in internal affairs.” In particular, the ministers discussed the Taiwan issue at the G20 summit in Rome.

Wang stressed that the growing tensions with Taiwan are a “very sensitive issue” between China and the United States. For example, he said Washington supports military forces that will pursue Taiwan’s independence. The Chinese minister therefore called on the United States to “pursue a real China policy, not a false one.”

Since Chinese President Xi Jinping did not travel to Rome and attended the G20 summit online, he has not yet met with US President Joe Biden in person. World leaders plan to hold a digital meeting in the coming weeks.

The communist regime in Beijing still considers Taiwan, which seceded from China after the communist victory in 1949, to be part of the People’s Republic. The Chinese president increased pressure earlier this month, calling on Taiwanese to “quietly” join the republic. However, Taiwanese President Tsai Ing-wen rejected the request.

US President Biden said last week that the United States was ready to defend Taiwan if it came under attack from China, much to Beijing’s shock.

Biden: The United States will protect Taiwan from Chinese attack

Taiwan: “No one can force us to follow the path China has set for us.”

Is unlimited access to showbites free? What can be done!