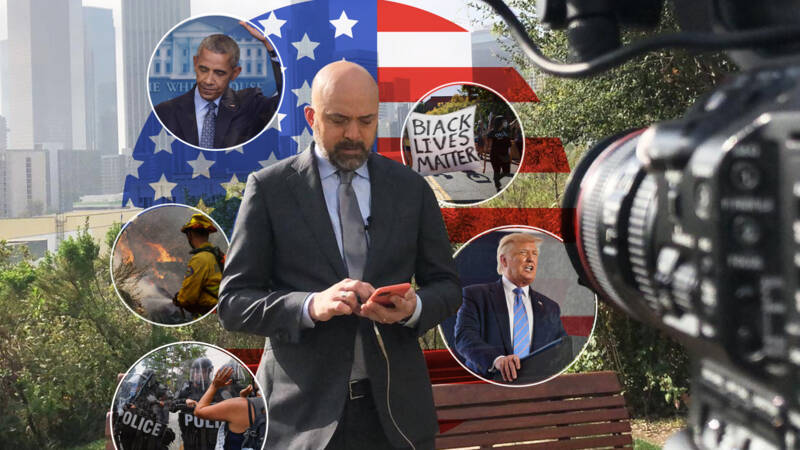 I finished a month ago my last contribution from Washington DC for that News OUR with the conclusion that America has two presidents so to speak. A month has passed and Trump still has not acknowledged Joe Biden’s victory. Every day he spreads lies and baseless allegations that Democrats stole the election.

While Trump has no evidence of widespread electoral fraud and has yet to convince a judge, many of his supporters believe he is the legitimate winner. U.S. media reports that Trump will not attend Joe Biden’s January 20 inauguration. In doing so, the president breaks with a centuries-old tradition of peaceful transfer of power.

I leave this country with a mixture of wonder and pessimism. I really appreciated the natural beauty of this immense country and the enormous diversity of its inhabitants, who often received us with open arms. But I am sad about their future.

The country’s problems are enormous. Inequalities are extreme, the middle class is eroding and the economy is mainly at the service of the very rich. The infrastructure is hopelessly obsolete and continues to collapse. The United States continues to suffer from systematic and institutional racism. Climate change is starting to take its toll, while millions of Americans are not taking it seriously.

The possibilities for consensus and compromise to meet these colossal challenges have diminished in recent years. America, for example, is primarily struggling with itself. The country faces an uncertain future in which its leading role on the world stage is no longer taken for granted.