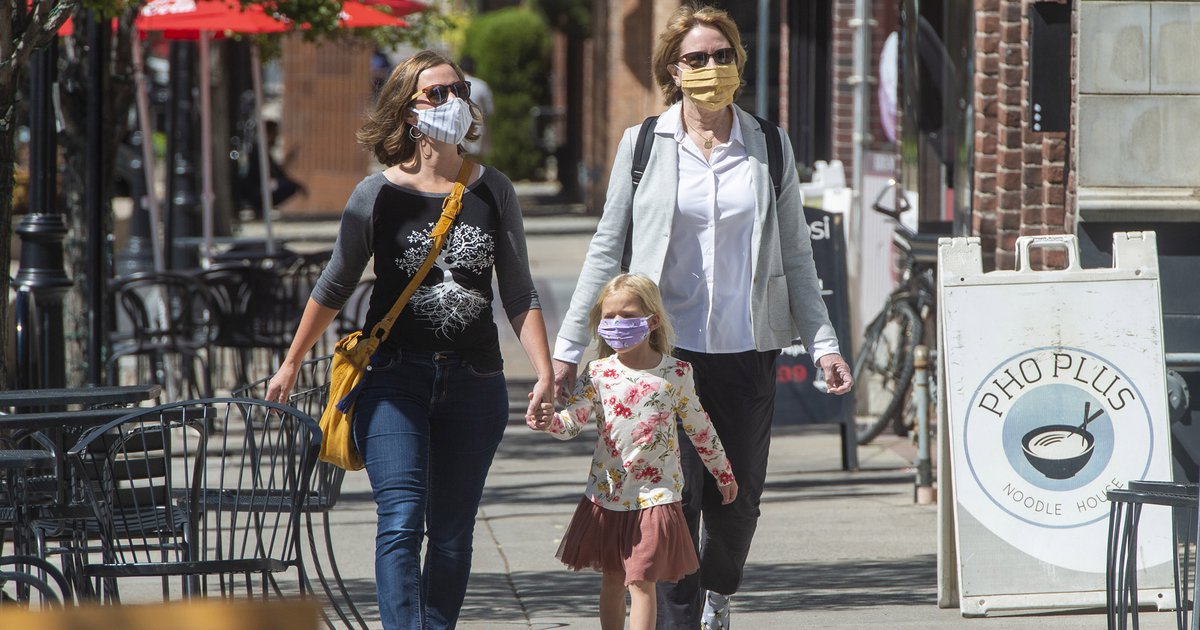 But health officials said the hike could announce delays due to a Labor Day holiday on Monday and Tuesday’s hurricane in northern Utah.

“Today’s caselot growth is the largest daily daily net increase we have announced since the end of July. .

“… Many test sites were closed on Labor Day and Tuesday due to the storm. Those tested on Monday and Tuesday waited until the end of the week for testing, resulting in an increase in the number of positive cases identified today.”

Over the past seven days, Utah has received an average of 403 new positive test results per day, down from the average of 409 cases the previous Friday. Gary Herbert had just said the state average should reach 400 new cases a day by Sept. 1, a goal Utah met in mid-August, but surpassed again last week.

Utah’s death toll from the corona virus was 431 on Friday, the first death since Thursday – a Salt Lake County man, over 85, who was not admitted to hospital when he died.

The number of hospital admissions on Friday increased slightly, with 123 Utah patients admitted simultaneously, UDOH reported. An average of 119 patients have been treated in Utah hospitals every day for the past week – less than the peak average of 211 patients admitted to the hospital each day at the end of July

In all, 3,288 patients have been hospitalized in Utah for COVID-19, up from 15 since Thursday.

According to UDOH data, nationwide, the rate of positive tests in Utah is more than 5% from May 25th.

Friday reported 4,041 new test results, which averages 4,013 new tests per day for the week. Testing request Has been declining for the past one week And is much lower in mid-July, When the government reports an average of more than 7,000 new test results per day.

Since the public schools began opening on August 13, there have been 34 eruptions in schools, affecting 156 patients, with five new eruptions and eight new cases reported in the past day.

Of the 56,675 testes positive for COVID-19, 48,021 are considered “rescued” —they survived at least three weeks after diagnosis.