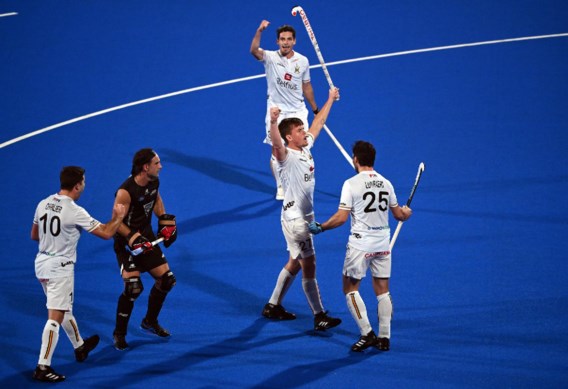 The hunt for gold continues: against New Zealand, who could never shake a fist, the Red Lions qualified for the semi-finals of the World Cup (2-0). But it wasn’t really convincing.

Although the Red Lions never had any problems against New Zealand – the opponent was simply too weak for that – they will also realize that it has to be better later on. After a dominant first half, they failed to finish the job and came The black sticks still close to the connection goal. One of the three penalty corners has been used. It was Tom Boon who converted the game first, a boost after Alexander Hendrickx’s injury. Because the further the tournament goes, the more important (read: more decisive) that penalty wedge becomes. Too bad the corner specialist was injured just now – his tournament is over.

Yet the Red Lions against New Zealand also looked capable of losing to themselves without him on paper. The black sticks had never topped seventh place at a World Cup and had lost in the group stage to Malaysia and the Netherlands. Additionally, they have a reputation for only outperforming each other once per tournament, and this had happened before in crossovers. To the surprise of just about every hockey fan, they had eliminated host country and underdog favorite India.

The Belgian hockey players – much more experienced than their New Zealand opponents – were therefore the big favourites, even if they themselves realized that, despite a smooth qualification in the group stage, there was work to be done. For example, only two penalty corners resulted in a goal (only 11.1% success rate) and there were plenty of opportunities against Germany after the break. We had to wait and see if there would be any improvement in that area against New Zealand.

The Red Lions immediately took control of the game and he hit the first penalty corner: Boon had plenty of space and, under the approving eye of Hendrickx (who watched the game from the stands), chased the ball in the center of the goal. stayed after The black sticks leaving too much space and showing why eight World Cup countries have a better defense than them: Florent Van Aubel cold-bloodedly punished a breathless attack via De Kerpel and Gougnard at the start of the second quarter.

Just before half-time, New Zealand had the chance to score from a penalty corner, but Vanasch fell flat. It was one of the few times he managed to threaten, the Red Lions were lords and masters. This was also reflected in possession of the ball: 70% against 30% in favor of the Belgians. The fact that it was only 2-0 at the break was partly down to excellent goalkeeper Dominic Dixon stopping a Luypaert corner.

Friday against the Netherlands?

After halftime, the Lions took their foot off the accelerator. However, they continued to create the best chances at first: Boon missed a penalty corner, Charlier could not capitalize on a sublime assist from captain Denayer. New Zealand failed to make a fist, but the redeeming 3-0 did not fall.

In the last quarter of the game The black sticks They came, and they managed to make the connection goal: after a penalty corner, the ball landed outside the post. Greentree missed another huge chance to bring New Zealand back into the game and Vanasch made another save.

In total, a simple victory for the Red Lions, who remain in contention to extend their world title. Friday at 2:30 p.m., the semi-final normally awaits the Netherlands, who will face South Korea in the quarter-finals tomorrow afternoon. They are India’s most prolific team to date and a quintessential hockey nation, but with 11 boys playing for the first time in a World Cup and nine players with less than 50 caps, the tournament is perhaps -to be too early to fight for the title. higher level now. .