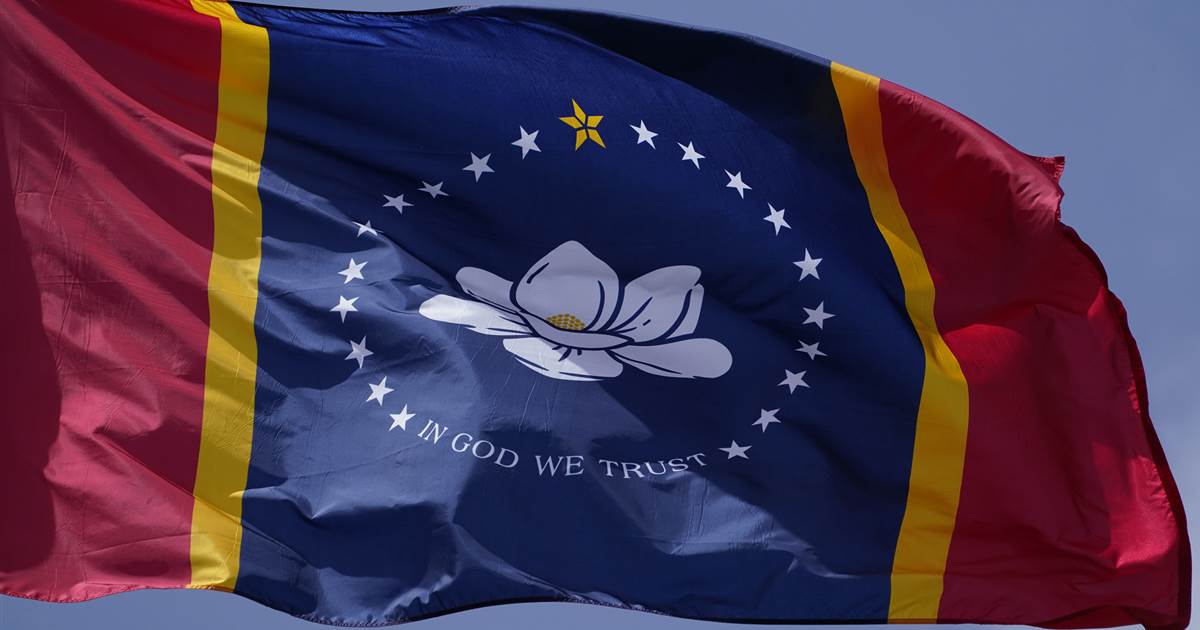 The designated state commission voted Wednesday “8 to 1” on the “big river flag” for the “new magnolia” flag.

The “New Magnolia” flag will go up for voter approval in November. The commission to redesign the Mississippi state flag also agreed to seal the “The God We Trust” flag Wednesday.

The “New Magnolia,” designed by Rocky Vaughan, is compiled by a clean and modern magnolia flower in the center field, which has long been used to represent our state and the hospitality of our citizens, according to the Mississippi Archives and History.

“The new magnolia also reflects Mississippi’s sense of hope and rebirth, as the magnolia often has more than one flowering and a long flowering season.

The Mississippi State Flag Redesign Commission on Wednesday discussed placing both final flags on the ballot, but determined that if any flag is presented to voters in November, they must vote immediately.

If voters reject the chosen new design, the state commission will try again for the new flag to be presented to the legislature during the 2021 session.

The five finalists are “New Magnolia” and “The Great River Flag” Released late last month They were selected from nearly 3,000 designs submitted by the public.

“The Great River Flag,” designed by Micah Whitson, “was a shield based on the 1798 seal of the Mississippi Territory under a five-pointed star on a blue banner,” the State Archives said.

The legislature voted in June to remove the flag, which has flown for more than 120 years Confederation war symbol.

The Approved bill The flag called for a redesign, which removed the Confederation logo, but kept the slogan “We believe in God.” Passed as a bill Federal monuments were removed across the country And amid nationwide protests George Floyd dies in police custody in Minneapolis.

Mississippi was the last state in the country to have a flag featuring the Confederation emblem.

The Mississippi Baptist Conference has 500,000 members in more than 2,100 churches among those calling for the flag change.

Furthermore, the NCAA’s Southeast Conference warned that the SEC may ban the holding of championship games in the state if the Federation logo is not removed.

Gov. Tate Reeves, who earlier approved the flag redesign bill after being told the matter should go before voters, said at the time, the government still needed to support residents.

“We should not be under any illusion that voting in the Capitol is the result of what needs to be done – the work before us to unite the state, I want to work day and night to do that,” Reeves told the legislature at the end of June. “We need to find a way to unite. To heal our wounds, to forgive, to resolve that one side has turned, to trust each other. With God’s help, we can.”

Elisha Fieldstad is a news correspondent for NBC News.