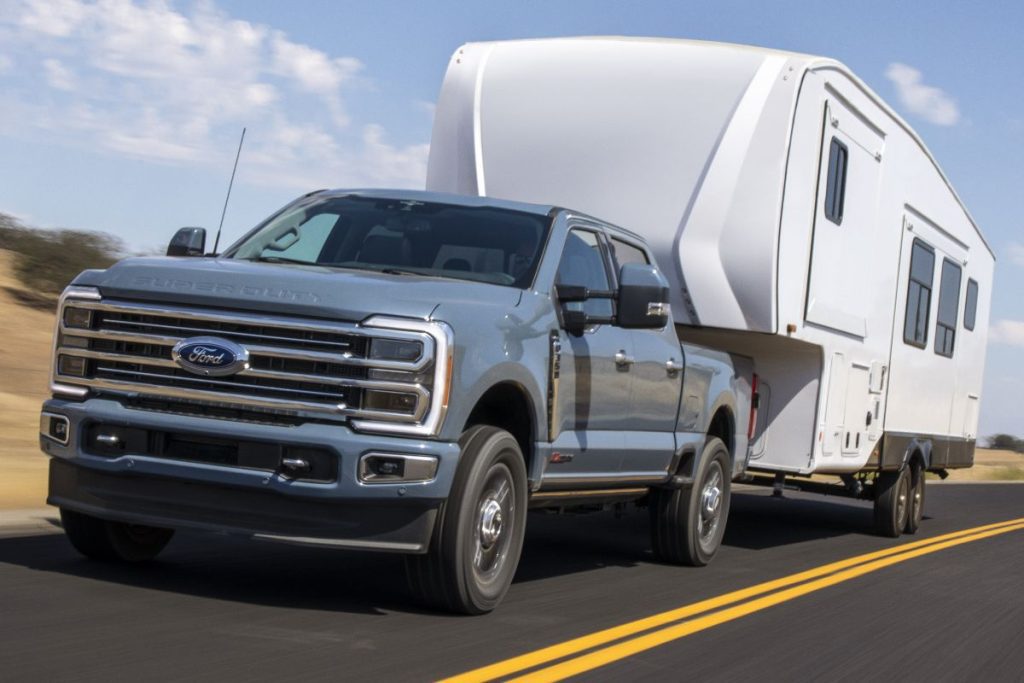 You probably know the Ford F-Series mainly from the hugely popular F-150. However, the most popular Ford in America usually has heavier sister models that go by names like the F-250, F-350 and F-450. They come under the super duty line of F-series. The F-150 was completely refreshed for 2020, and now Ford is introducing updated Super Duty models.

The Ford F-150 is already available in several flavors, in addition to all the regular versions, there are flavors like the F-150 Raptor and the all-electric Lightning. Until now, the F-150 was the most modern member of the current F-series, after all, the Super Duty series is still based on the F-series. Now the Super Duty model line has also been replaced, meaning you can tow even heavier trailers from here to there.

Ford’s super-duty models of the F-series can be compared to the heavy-duty models of its main competitor, the Silverado. The Ford Super Duty lineup includes the F-250, F-350, F-450 and F-600. Generally, the larger the number, the higher the towing and load capacity of the model. The true workhorses of the F family are available as a 5.89 meter long three-seater regular cab, but also as a SuperCab and CrewCab with six seats each. Both the latter variants are available with an extended wheelbase. The long-wheelbase crew cab is the largest of the bunch. It extends to a distance of 6.76 meters. Depending on the selected version, not only the wheelbase, but also the width of the track may differ. Essentially rear-wheel-drive SuperDuties have a slightly shorter wheelbase than four-wheel-drive versions, and things like ride height and cargo compartment depth also differ between body styles.

Since SuperDuties are pick-ups, it’s no surprise that the engines Ford is bringing to the new F-Series are certainly not modest. The base engine is a 6.8-liter V8. That gasoline engine is a 7.3-liter V8, though Ford hasn’t revealed any power yet. A diesel is possible with the 6.7 Powerstroke diesel in two power variants. From the outside, the Super Duties are much bigger, taller and wider than the more popular F-150s from every angle. Ford offers a simple-looking interior for the Super Duty models.

Ford has yet to release detailed technical data on payloads and towing capacity.