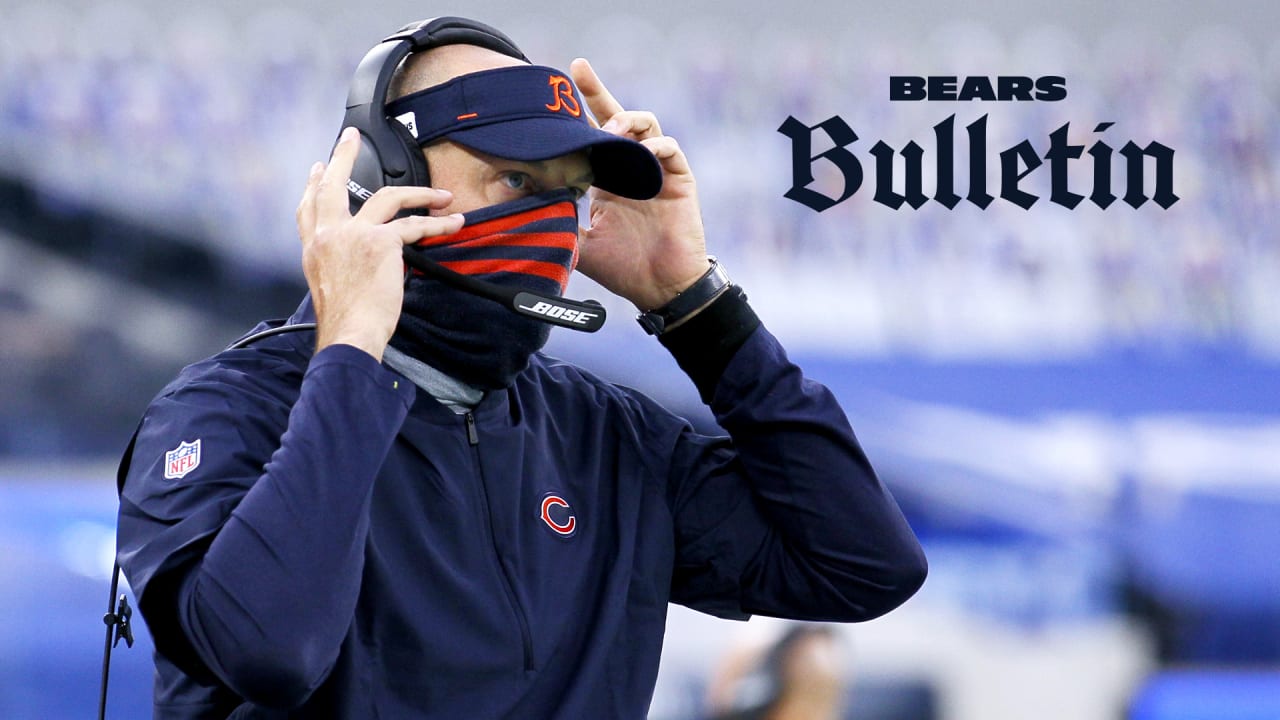 Pierce announced Thursday night that he would return to Halas Hall to continue under NFL strict protocol and resume football activities on Friday.

The team closed the facility and suspended all private football activities on Thursday morning after learning that one of its players had tested positive for COVID-19. Defensive coordinator Chuck Bagano was in the middle of a zoom interview with reporters, saying he had to abruptly end the call.

After holding video meetings during the day, coach Matt Nagy told reporters in the afternoon that the Bears are waiting to confirm the NFL positive test and complete the communication tracking process.

“It simply came to our notice then [the NFL is] Right now, “Nagy said at the time.” We wanted to let it do that, and when they did, we wanted to make sure it was, hey, when it’s over, we ‘ll move on. Now take everyone home, make sure everyone’s good, and get a deep cleanliness of the building. “

While thrilled to be back at work, there is no doubt that the Bears will be practically abbreviated on Friday. On Tuesday, they put attackers Jermaine Iffy and Jason Sprix on the Reserve / Covit-19 list and placed Bobby Massey in injured reserves, where he, along with left-arm guard James Daniels, ran back Tariq Cohen. If the Bears had actually trained on Thursday, six players would have been unable to participate and three would have been limited. By 2020, the mantra is clearly not just “the next man”, but “everything is in hands.”

“We told the younger guys, some of the coaching staff, we’ve been telling them all year, and this is one of those years when you’re ready,” Nagy said.

Nagy is proud of how the Bears have handled issues related to COVID-19, which is led by Chief Athletic Coach Andre Tucker, who has doubled as the system’s infection control officer. This is the level at which the NFL has compelled every right to integrate all corona virus issues.

In his role as Pierce’s ICO, Tucker is responsible for the Covit-19 screening protocol, as the cleaning and disinfection program at Halas Hall meets CDC and ICS guidelines, and throughout the building on health policies and Covit-19 best. Ensures the presence of signs and procedures such as stopping the spread of germs and guiding those who experience symptoms such as a virus.

“Andre Tucker has done an amazing job with this process,” Nagy said. “I think he’s going to notice how well he handles this. It’s stressful, but he does everything he can to keep it from causing stress to all of us.”

Since the onset of the epidemic, Nagy has repeatedly emphasized the importance of consistent communication throughout the system.

The word “hope” is huge now, I believe it. “When you get news like this, whether it’s midnight or early in the morning or anytime during the day, there are immediately 150 people in our building and they want to know a lot of answers.

“The biggest thing everyone at our company learns is that we always put their health and safety first. We have a well thought out plan. The best part about our team, and working with Ryan [Pace] Andre Andre does so much every day – stay calm. Don’t be afraid, with all things, all phone calls and question and not being overwhelmed by this and that. You stay calm, you work through it, you stay positive. That is what we have done. “