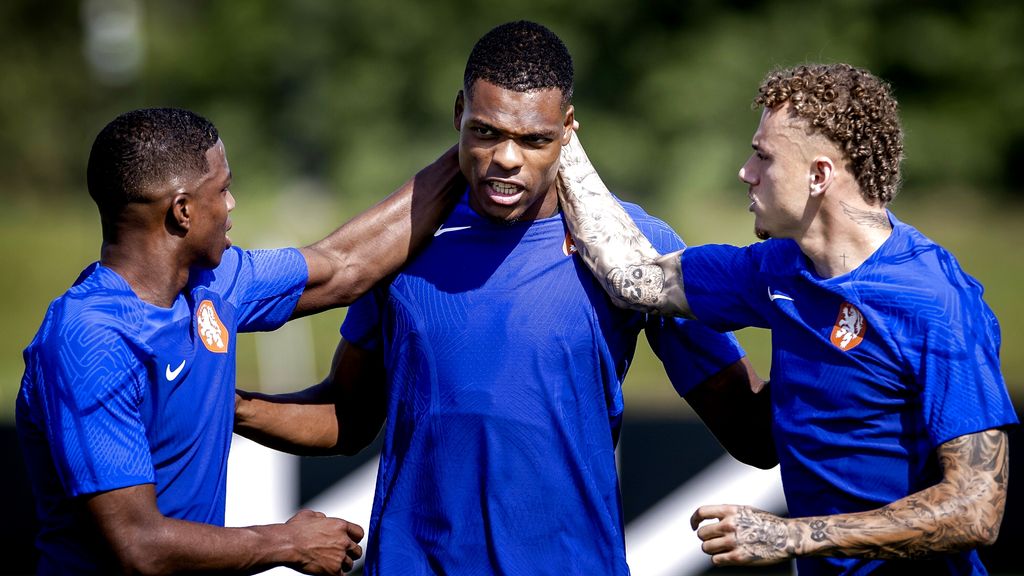 “I’m just being very honest about it.” Denzel Dumfries was candid after the World Cup win over USA. The Dutch national team right-wing defender says he is receiving help from a sports psychologist.

And he is certainly not the first footballer not to hide it. Among others Gregory van der Wiel and Noah long preceded him. It therefore seems more and more to come out of the taboo, as also noted by former footballer Gianni Zuiverloon and sports psychologist Afke van de Wouw.

“It’s always good when personalities come out and are open about the fact that they’ve hired a sports psychologist or a mental coach,” said Zuiverloon, who along with Edson Braafheid (also a former soccer player), founded House of Acceleration. , among other things, founded to guide athletes mentally and physically.

Of course, as an athlete, you don’t want to be known as someone with a problem.

“In America, the taboo has been lifted for a while now,” says Zuiverloon. “It is already completely normal for athletes to consult a psychologist there. And in the Netherlands, things are also moving in the right direction little by little.”

Van de Wouw, also author of the book ‘Learning to Perform’, adds: ‘But it also makes sense that they don’t flaunt it, neither do you in normal life. Then you don’t tell everyone you’re seeing a psychologist.”

“Previously, a psychologist was mostly seen as a band-aid, so someone you turn to if you have a problem,” says Van de Wouw. “But of course as an athlete you don’t want to be known as someone who has a problem. These days it’s seen more as part of performance. You don’t have to be sick to get better.”

Zuiverloon knows from his own experience that this is taboo in football. “It’s of course a macho world. It’s hard. You are judged on your performance and if you let it be known that you don’t feel good, it can be abused. There is no room for emotions .”

The former Feyenoord, West Bromwich Albion and ADO Den Haag player among others, now 35, has also had a tough time in his career. “It goes much deeper than just dealing with criticism.”

“It’s also about dealing with performance pressure, fans, social media, the exemplary function you have, but also sleep issues,” Zuiverloon continues. During this period, he had no one to talk to about his problems. “You don’t want to lose face. You hear too often: but you have a good life? How can you have mental problems?

What he himself never had in his career, Zuiverloon tries to offer to new generations.

“Because mental coaching certainly helps”, Zuiverloon is convinced. “If you have a free mind, you can perform better on the pitch. A sports psychologist can help calm your mind and regulate your emotions. Then you can get so much more out of your career.”

And a psychologist can also help you deal with injuries, says Van de Wouw. “How you can come out stronger. A physical therapist helps, of course, but learning to manage additional thoughts and emotions is also important.”

Zuiverloon has also had to deal with injuries during his career. “So you sometimes feel lonely. So you don’t belong in the group anymore.”

Piece of the puzzle

Van de Wouw, who has worked at Vitesse, FC Utrecht and VVV-Venlo, among others, believes sports psychology is increasingly seen as “one piece of the puzzle” needed to perform at the highest level.

“Not only the muscles can be trained, but also the brain”, explains Van de Wouw. “For example, you can practice handling pressure, dealing with adversity, developing self-confidence, focus, communication and stress regulation. This can be done on the pitch and beyond.”

She also mentions the “total human principle” advocated by national coach Louis van Gaal. “This principle means that you also pay attention to the person behind the player. Who is he? What is his personality, his background, his private situation? You play better when you feel good about yourself and that is not only influenced by football.”