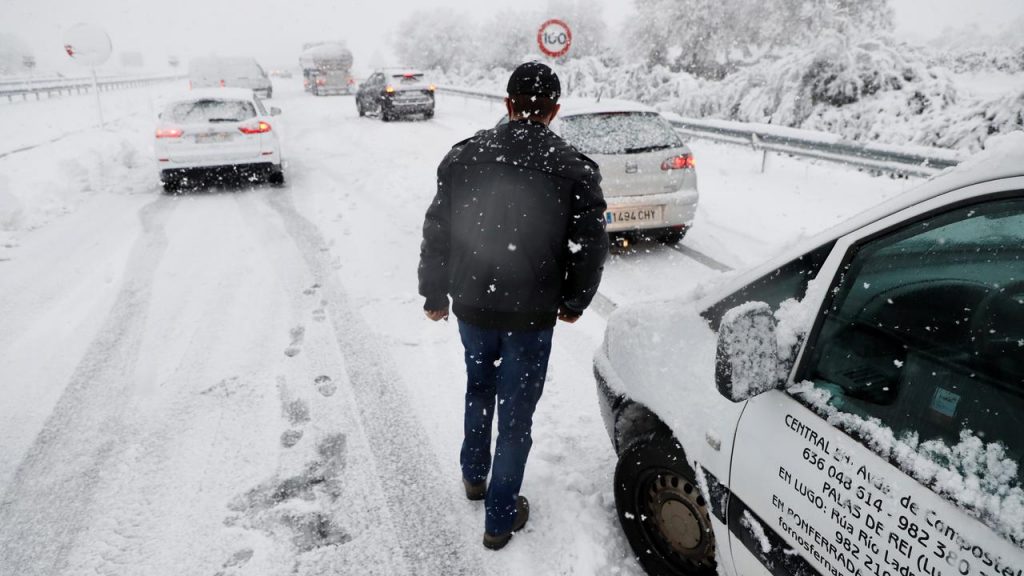 Spain will deploy around 150 soldiers on Saturday to help stranded motorists. A snowstorm around the Spanish capital Madrid, where Code Red applies, has blocked cars on several main roads.

It is not known how many people are currently trapped in traffic. Traffic authorities reported on Friday evening that thousands of cars were covered in snow on more than four hundred roads.

Adolfo Suárez Madrid-Barajas International Airport will remain closed on Saturday and railways have suspended all train connections to and from Madrid, Spanish media report. They estimate that it hasn’t snowed a lot in decades.

Buses and garbage trucks no longer circulate in Madrid. The municipality called on people to stay at home.

Snowfall and winter temperatures affect almost all of Spain. This weekend, a very cold winter will prevail in 45 of the 50 provinces of the country.

Week with expected temperatures of -10 degrees

Meteorologists expect a week with regular temperatures as low as -10 degrees Celsius. In areas over 600 meters, more than 20 centimeters of snow is expected to fall from the blizzard that has been named Filomena.

Last week, the lowest temperature on record in the country was recorded in the town of Vega de Lourdes, in northern Spain. The mercury dropped to -35.6 degrees, reports the meteorological service of the province of Leon.